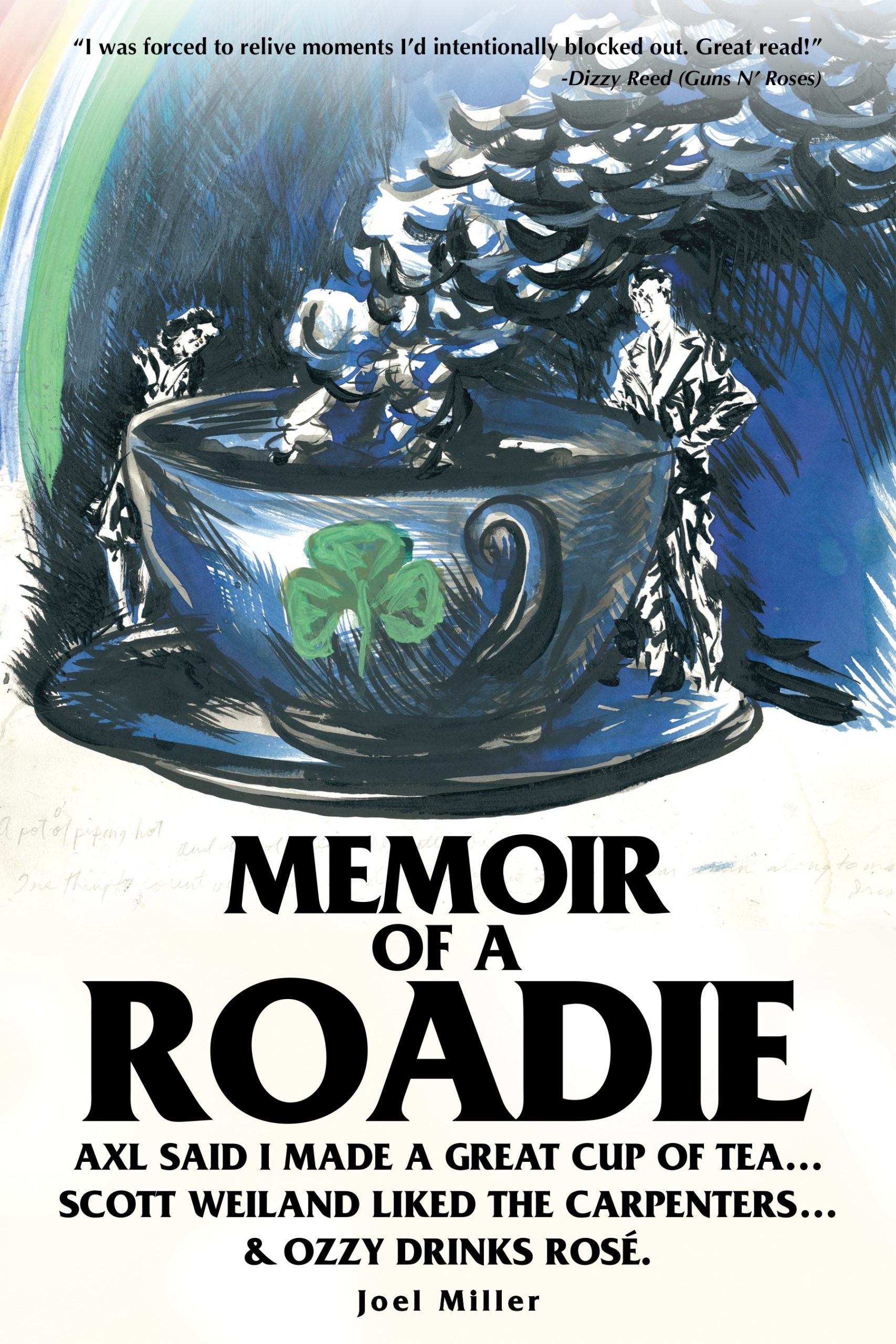 “Axl said I made a great cup of tea.”

If you’re looking for a book that actually tells it like it is instead of some coked-up fantasy written by someone who wasn’t there in spirit, then this is the book for you: an honest, open book about a man, a roadie, someone with vision and integrity, there is a lot more to Joel Miller than his tea-making skills.

From working with the Stone Temple Pilots to Guns N’ Roses during the mystical and mythical Chinese Democracy era, this is a book that every music fan should read. Littered with fascinating stories and an abundance of photographs, the book highlights a time gone by, when Rock stars were Rock stars and gave the next generation something to aspire too.

This book has everything: danger, glam, rock star roadie moments, a sense of gratitude, and a vibe that I don’t think has been captured before. There is only so much that Nikki Sixx, Slash or Duff can remember during the hazy days, but Joel is able to offer the perspective of what actually happened. The pictures emphasise the story and are a great addition into this ‘behind the scenes’ tale of rock. I also love the ‘Roadie Rambling Moment’s scattered throughout the book because they add an insight and even more humour to the compelling and already funny stories.

Joel doesn’t just give us stories of being on the road, he offers us a look into his life, telling us of his shift from wanting to be an attorney to venturing onto a very different path, a path that went from working on movie sets with David Schwimmer and Cameron Diaz to making the move into the music industry working with Keanu Reeves’ band, Dogstar. Being the new guy in the job and surrounded by people who already know what they are doing can be quite daunting. The difference between being in the office and being on the road is that in an office you get a second chance. Rock n’ roll is fast paced – there is no room for mistakes at a live show. Joel conveys an enthusiasm that holds no boundaries and because of this, it’s a refreshing read, and he captures the excitement of being a fan, a roadie and a musician.

Memoir of a Roadie will help any musician learn more about the guys who truly make the rock stars stars. A must not only for any fans of Stone Temple Pilots and Guns N’ Roses, this memoir of life on the road is a journey that should be taken by any and all music fans. As Miller says, ‘So, what happened to everyone? Well, life isn’t a book. The pages continued to turn on. The roadies that aren’t dead are still on tour.’

This book is well worth a read and you can buy it here.