Let’s be positive.  What everyone wants from a Melvins album is RIFFS.  Not riffs, or Riffs, but RIFFS. “Negative No No”, “Caddy Daddy”, “Boy Mike”, “Hund”….you’ve got plenty to pick from here.  Buzzo has always mastered writing tunes that inspired the same fervour as the best thrash bands, or the dirtiest of sludge bands, all with a knowing sense of irony but without descending into parody.  You’ll get your fix here.  Don’t worry.  You won’t be disappointed.

I would imagine that their claim about Green Day et al is that they don’t have the guts or luxury to make an album they’d want to make without having to consider the commercial impact.  I’d agree with them.  Bands like that are too big to fail, and I say that without judgement.  Melvins are in the ideal position of making enough money to survive (I assume) while never having to worry about whether they need to be more commercial.  The album sounds like people having fun.  It’s wonderful to hear, especially in times such as these.

However, I think that can sometimes come at a cost.  Take the opener and closer of the album.  The album starts with a cover of “I Get Around” by Beach Boys called “I Fuck Around”, where they change loads of the words to say “fuck”.  It’s a bit Green Jelly, or a little too Ugly Kid Joe.  The fact that the whole album is produced about one degree of compression away from sounding like one of those early 90s grunge-lite albums doesn’t help (nor does it hinder the overall enjoyment, especially for nostalgia freaks).  It ends with an acapella cover of “Good Night Sweetheart” which is…Melvins doing an acapella cover of “Good Night Sweetheart”.  Wonder what that sounds like?  It sounds as you’d expect.  Kind of knowingly ironic, slightly overly croony as a bit of a gag.  You wouldn’t miss it if it was missing.  You wouldn’t care if it was included.  In fact, the intervals between, coupled with these two tracks, show they are enjoying themselves, but they smell like filler used to bulk up the album and justify making it an LP.

None of this is to say it’s a bad album.  It’s great.  It has everything you want from a Melvins record.  However, ironic covers are sadly associated with pub bands who want to appear somewhere between iconoclastic and hilarious, and that’s kind of where they should stay.  No one likes being on the outside of the in joke.  It’s great to see Melvins enjoying themselves, and having bands who can do what the fuck they want is so deeply important that I’m willing to put up with the times I’m made to listen through good natured self-indulgence. If you’re willing to do the listen-at-home equivalent of nipping for a piss or refreshing your glass at the bar, this album is everything you’ll want it to be. 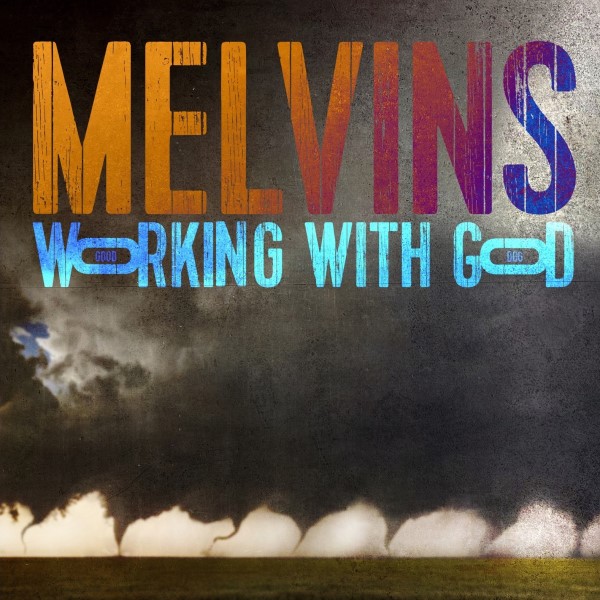