Heaved into the world by Ipecac on 3 June 2016 and gagged on by Jason “Ooh look, it’s another Melvins album!” Guest

At it for over three decades and Melvins show no signs of running out of steam. At all. Ever. And where line-up changes usually hinder a band’s momentum, it seems that Melvins are the only band for whom this stumbling block offers a step up into higher levels of creativity and, of course, further into that wonderfully perverted humour of theirs. And so King Buzzo and Dale Crover have again embraced the opportunities that their unique position affords them and written twelve songs that feature six different bassists. With all the Basses Loaded, it’s another great album from a great band.

Okay, so let’s go at it by lineups. First up are the four tracks released as the limited edition  Beer Hippy EP in September 2015 featuring the Melvins 1983 line-up of Dale Crover on bass and original drummer Mike Dillard: ‘Beer Hippie’ and ‘Phyllis Dillard’ are both dirty Melvins grooves; ‘Shaving Cream’ is a cover of the 1946 Benny Bell novelty song that, instead of implying the word-that-shall-not-be-uttered through mind rhyme, revels in its gleeful and abundant outbursts of “Shit!”; and ‘Take Me Out To The Ballgame’, the Tin Pan Alley song that has become the unofficial anthem of North American baseball – and the inspiration for the album title (bases loaded, geddit?) – is marvellously cartoonish.

Right, next up, we have the tracks featuring Steve McDonald of Redd Kross: ‘The Decay of Lying’ is a down tempo and dirty piece that opens the album with an unsettlingly sinister tone; ‘Hideous Woman’ is a monster of heavy riffs, hammered drums, marvellous 3-way vocals and weird and wonderful atmospheric noise; ‘War Pussy’ is menacing and melodic; and the cover of the George Harrison-penned ‘I Want To Tell You’ injects a considerable slice of life into the Beatles’ track. Lovely stuff.

What remains then, are the one-off appearances: ‘Choco Plumbing’ features Jared Warren of Big Business (and three Melvins albums) and is as contagious as it is effervescent; ‘Captain Come Down’ with JD Pinkus of Butthole Surfers is a twisted gem; bringing his road-worn upright bass to proceedings, Trevor Dunn – bassist extraordinaire of Mr Bungle, Fantomas, Melvins Lite, John Zorn and countless and endlessly innovative others – brings the jazz as he walks and wanders around the spaced-out spaces that he and Crover explore and explode in ‘Planet Distructo’; and with Nirvana’s Krist Novoselic not only playing bass but accordion too on ‘Maybe I Am Amused’, the band go somewhere completely different. Again.

Whether or not you know (or care about) the bassists on this record, it doesn’t matter, they’re all great songs. Melvins have never been boring and Basses Loaded is as diverse, as entertaining and as engaging as the line-ups on each track promise. What is astounding is how Buzz and Crover continue to be so prolific and so creative, and Basses Loaded is further proof, if proof were needed, that what is important is producing original music and not giving a shit about commercial success. Outstanding. Again. 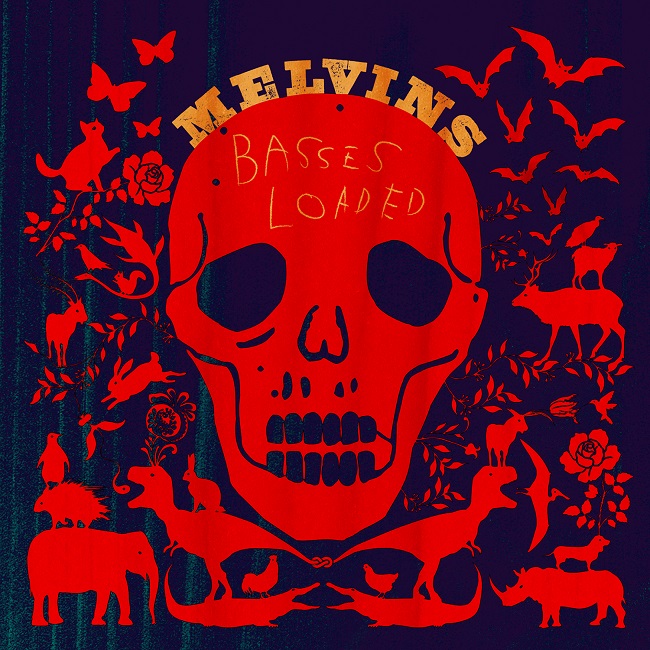