There is nothing standard, normal nor natural about the noise that Melt Banana have been making since 1992. Forget conventional instrumentation too. If it makes a noise, it gets mangled in and out of shape and blasted to bits in what, to most, would appear to be a cacophonous racket. In the hands of Agata, the guitar becomes a stringed plank from which many a bent-to-breaking-point riff and more than a few twisted, tortured and textured sheets of sound are bashed out and, along with Yako’s manic cartoon-esque vocals, compressed into explosive and intense bursts of unbridled noise rock fun.

And how they tackle a live show is equally bonkers. His right hand hacking away at the strings like a grindcore guitarist on amphetamines, his left running up and down and around the fretboard as if it’s possessed by a demon, Agata stands atop an effects board, tap dancing and convulsing his way through the seemingly infinite sonic possibilities that such an array of technological delights can produce. And while he’s producing many a misshapen and warped sound, Yako wields some weird hi-tech, brighty shiny, lighty pinky purple-y greeny glowy hand-held device to kickstart the electronic backing tracks, every swish and slice of the laser weapon activating the drums, the bass, the beats, the waves of sound that slam the audience into the walls. 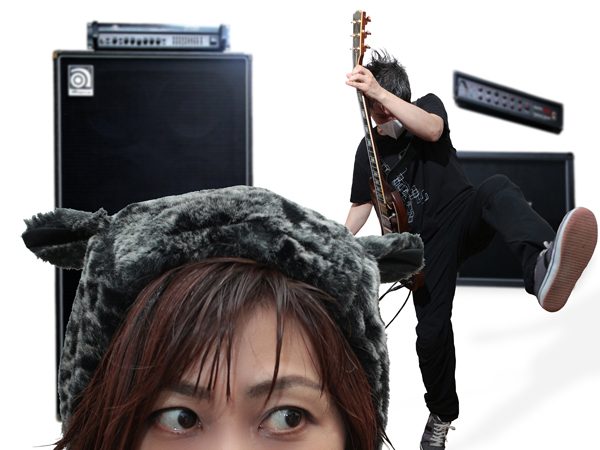 Fast songs, long songs, (very) short songs, psycho-futuristic ambient soundscapes, headbanging beats, moshpit-mutilating barrages, we should feel like we’re being punished by Melt Banana’s intense set. But somehow, it’s like being tickled with light and bright and all things teeny, shiny, squeaky, creaky, scratchy and stitchy. Like the positively charged light beams emitting from Yako’s weapon of choice, there’s a radiant light-come-sound projected into the room that lifts us ever higher as we are cast away on wave after wave of ludicrous speed opulence and positive energy. And we all leave the room very happy – and very deaf – kids. Yes, it was very loud. But who cares? Tonight was all things exhilarating, elating, vibrant, booming, thrilling, joyous and incredible. We didn’t want it to end. Please come back. Birmingham misses you already. It’s been six years since 2013’s Fetch, itself arriving six years after 2007’s Bambi’s Dilemma. Maybe with a new album? 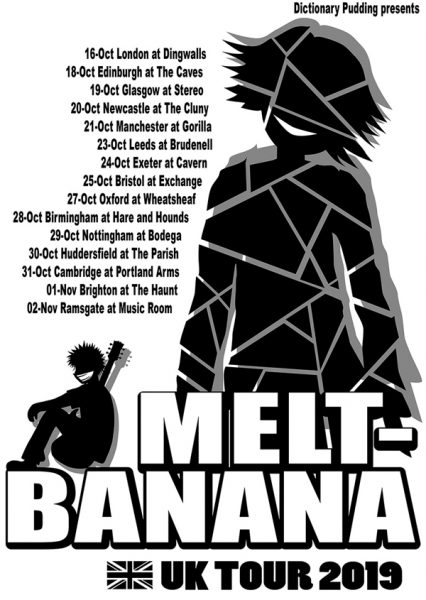