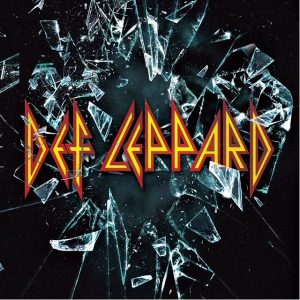 Def Leppard have announced the track listing of their new self titled debut album due for release at the end of October. Titles include ‘Forever Young’, ‘Man Enough’, ‘Invincible’ and ‘Broke N Broken-hearted’.

Birmingham based AOR-ster’s Corvus have just released the second video from their debut album Chasing Miracles. You can rock out to ‘When You Love Someone’ here, this is my favourite song from their album so really glad they chose this as their next single!

Ten have released a lyric video to accompany their new single ‘The Dragon and Saint George’. It’s out now on Rocktopia Records and was lifted from the band’s latest album Isla De Muerta. Enjoy it below!

Sad news time, REO Speedwagon Guitarist Gary Ritchrath has passed away. REO are one of my favourite bands so this is terrible news indeed – ‘Ridin’ The Storm Out’ R.I.P Gary.

Here’s some great news for fans of pure AOR Italian songwriters Pierpaolo Monti and Davide Barbieri have announce their next project. You’ll know these guys from Shining Line, Charming Grace and producing the recent Room Experience album. The sound they are going for is akin to classic AOR band ‘The Storm’ so this has influenced the name of the band Raintimes the album has no release date just of yet, but is likely to be part of a crowd funding campaign so if you like these guys get ready to show your support in advance! Interestingly contributing songs will be Tom & James Martin of Vega, Niclas Olsson of Alyson Avenue as well as the proven song writing of Monti and Bierberi. They are yet to announce the lead singer for the project, but Monti teases the singer is amazing!

Aussie melodic rockers Serpentine Sky, who I reported last month will release their decades in the making debut album through Melodicrock Records in late October have unveiled this video for ‘Midnight’ to help promote it!

The ever popular re-issue label Rock Candy have announced their next batch of goodies are the insanely hard to get hold of Friction album from Canadian rockers Coney Hatch. As well as a double dose of Ratt with their albums Invasion of Your Privacy and Reach For The Sky.

Escape Music have announced they will release the Naked End Game album in November. Expect eighties inspired melodic rock from the Swedes and should appeal to fans of Skagarack, Treat and Alien – so that’s grabbed my attention. The album was mixed and mastered by Pete Newdeck (Tainted Nation/Eden’s Curse) and also features a guest bassist in Eden’s Curse man Paul Logue. The album will include the tracks ‘Aim For The Heart’, ‘Leaving You Tonight’, ‘Still In Love’ and ‘Love Ain’t No Game’.

New UK AOR act Blood Red Saints will release their debut album Speedway in December on Frontiers Records. The band features Drummer Pete Newdeck (Newman/Eden’s Curse) guitarist Lee Revill and former Angels Or Kings bass man Rob Naylor. Pete Godfrey provides the vocals and it’s great to see him back with new music so soon after becoming a revelation in AOR circles following the critical acclaim of In Faith. The album features two songs written by James and Tom Martin of VEGA, James was instrumental in getting Blood Red Saints signed by Frontiers. I’m very excited about this one! And track set for inclusion are ‘Best of Me’, ‘Unbreakable’, ‘Wrapped Up In These Arms’ and ‘Love Set Me Up Again’. Keep your ears peeled for this one!

The new album The Key from Geoff Tate’s Operation: Mindcrime is getting a lot of video promotion, here’s another lyric video from them for the track ‘The Stranger’ enjoy it below.

Find Me the AOR project featuring Robbie Le Blanc on vocals and producer Daniel Flores return with a new album Dark Angel out in December on Frontiers Records. As well as featuring songs from Flores it will also have song contributions from The Martin Brothers (Vega), Niclas Olsson (Alyson Avenue), Alessandro Del Vecchio and Soren Kronqvist. Songs set for inclusion are ‘Let Love Rule’, ‘Bleed In The Rain’, ‘Don’t Slip Away From Me’ and ‘Did You Feel Any Love’.

Magnus Karlsson’s Freefall have released an official video for the title track of his new album Kingdom Of Rock which is out in early November on Frontiers Records. This track features Jorn Lande and you can check it out here.

and here an audio video for ‘No Control’ featuring Joe Lynn Turner.

Stryper have released an official audio video for the track ‘Let There Be Light’ which is taken from their new album Fallen.

It’s been a long time since Khymera’s last album ‘The Greatest Wonder’ which was my album of the year when it was released and was written entirely by Tom & James Martin before Vega was born. This time around producer and vocalist Dennis Ward has taken control of the song writing and has a new band around him, so in theory should have more of a band feel and less of a project feeling. I’m expecting something a little different, perhaps a tad heavier but very much firmly rooted in eighties inspired melodic rock. It will include the tracks ‘Say What You Want’, ‘She’s Got The Love’, ‘Streetlights’ and ‘Finally’.

Vanden Plas have unveiled a new video for the track ‘Stone Roses Edge’. The track is lifted from their new album Chronicles of The Immortals: Netherworld II which is out soon on Frontiers Records.

Canadian cult legends Harem Scarem are set to release their homecoming live show on CD/DVD this December on Frontiers Records. Live at the Phoenix will include the following Scarem classics ‘Hard To Love’, ‘Stranger Than Love’, ‘Voice Of Reason’ and ‘No Justice’. It will also include personal favourites ‘Dagger’ and ‘Killing Me’.

Martina Edoff will release her second album Unity on October 16th on Cargo Records in the UK. You can check the first video from it ‘World’s Gone Mad’ below.

Voodoo Hill featuring Glenn Hughes on vocals have released another official audio video for the track ‘The Well’. It’s taken from the new album Waterfall out now on Frontiers Records and you can enjoy the track below.

Joel Hoekstra’s 13 have released the third video single from the debut album Dying To Live out now on Frontiers Records. Check out ‘Long For The Days’ below.

And here’s another for the track ‘Scream’.

Swede’s Grand Design have released a new video for the track ‘Get Up and Love Somebody’ which is taken from their album Thrill Of The Night which is out right now on AOR Heaven.

Frontiers Records have signed The Defiants the trio features Danger Danger alumni Bruno Ravel, Rob Marcello and vocalist Paul Laine. This is sure to be a release to excite D2 fans.

M.Ill.Ion founder BJ Laneby has a new band Major Instinct who will release their debut album Roots and Wings through AOR Heaven in November. They have released a video single for the track ‘High Five’ which is out right now and you can check it out below.

Graham Bonnett has signed with Frontiers Records for an all new as yet untitled album. It is set for release in early 2016 to coincide with his February UK tour which includes a Midlands show at The Slade Rooms in Wolverhampton on the 12th of February.

British band Lifeline who have their debut album out on Escape Music later this month have released a very interesting video for ‘Jezebel’. It features some famous faces singing along in a quite comical video! The band features Nigel Bailey and Lee Small, check out this sample of the bands album below.

Finnish newcomers OD have signed to Frontiers Records with their debut album set to appear in 2016. They have been compared to fellow Finn’s Brother Firetribe but I think this is mainly down to the ultra melodic vibe of the band as opposed to strong similarities in song structures. The two demo’s I’ve heard sound fantastic and this should be a big hit next year, definitely one I’m going to keep an ear out for.

Former Queensryche frontman Geoff Tate has a gig confirmed for December 12th at the Tivoli in Buckley. It has been announced he will perform the classic ‘Ryche album Operation:Mindcrime in full. I believe this is a Tate solo gig and not part of the Operation: Mindcrime band European tour.

Billy Sherwood has released a video for the track ‘No Mans Land’ which is taken from the upcoming album Citizen. Enjoy it here.

I have to admit I didn’t see this coming but Frontiers Records have announced one of their new signings is UK rockers The Treatment! Their new album should emerge early next year and for those who don’t know there is an AOR connection in drummer Dhani Mansworth, whose dad is Airrace guitarist Laurie Mansworth who also manages the band. Also for Midlands peeps – remember The Treatments new vocalist is local boy Mitchell Emms. Expect tour dates to be announced around the band’s new album release!

Do you remember Land Of Tales who released an album on Frontiers Records back in 2008? Well they are back with a new song ‘Kindred Spirit’ which is available from all legal download stores right now!

Voodoo Circle will release their new album Whisky Fingers on November 27th. The band who are frequently compared to Whitesnake will include the following tracks on the album ‘Heartbreaking Woman’, ‘Heart Of Stone’, ‘The Rhythm Of My Heart’ and ‘Devil Takes Me Down’.