Legendary and prolific soft rockers Chicago have just released a video for the track ‘Now’ which is the title track from their new album, out now.

Loverboy will release their first full new album in seven years Unfinished Business on July 17th. I’m sure I’m not the only who’s really looking forward to this new one from the Canadian melodic masters!

Former White Lion vocalist Mike Tramp is back with another new solo album Museum which will be released in August. Mike is also touring the UK in September including a show at The Robin in Bilston on September 10th. Here’s the first taste of it – the official video for the track ‘Trust In Yourself’.

Dakota have been AWOL for eleven years but they are set to return with their brand new album The Long Road Home later this year.

Raucous rockers Jettblack will be back on the road in October with a date scheduled for The Slade Rooms in Wolverhampton on the 11th.

Some of you may remember MarysCreek who released an album a few years ago; well they are back a tad heavier but still retaining the dark melodic edge. Their EP Incubic Twin was released in the middle of June and here’s a lyric video for the track ‘Remission of Sin’.

Legendary hair metal rockers Kix return after a twenty year absence with a brand new album Rock Your Face Off due to hit us this August on Loud and Proud Records. It will include the following tracks ‘You’re Gone’, ‘All The Right Things’, ‘Dirty Girls’ and ‘Love Me With Your Top Down’.

Skid Row have announced an extensive UK tour including shows on October 23rd at The River Rooms in Stourbridge and October 26th at Queens Hall, Nuneaton. They have support from Sister and The Last Vegas on all dates. They release Rise of The Damnation Army – United World Rebellion Chapter 2 EP on August 6th.

Def Leppard’s Joe Elliott’s super group Down n Outz will be performing a handful of UK shows in December including the 12th December at The Slade Rooms in Wolverhampton.

MelodicRock Records have announced they will be releasing the second album from Platens on August 22nd. It sees the label continuing to work with Violet Sun multi instrumentalist Dario Grillo and will include tracks like ‘You Won’t Bring me Down’, ‘Sometimes I Miss You’, ‘Don’t Leave Me Alone’ and ‘Deep In My Heart’. They have been compared to Fair Warning, Terra Nova and Grand Illusion.

Welsh Glamster’s Tigertailz have issued the second video from their Knives EP – their first new recordings with new vocalist Australian Jules Millis. Check out ‘Punch In The Gutz’ below.

Exciting new British modern melodic rockers Night by Night have released their new video for ‘A Thousand Nights’ in support of their debut album which has just been released. Check it below.

Busy Swede’s Osukaru return with a new mini album ‘Transition’. The 11 track CD will feature a bonus track and a handful of re recorded tracks plus five brand new songs including ‘Arrows’ and ‘Edge Of A Broken Heart’.

Sadly Swedish guitarist Christian Wolff passed away recently after a battle with Cancer. He has worked on many notable melodic rock releases over the years, including ones with Mecca, Overland and Rob Moratti.

Popular cult Swedish AOR-ster’s Miss Behaviour return with a new album entitled Double Agents which will be released via AOR Heaven on August 29th. The fourth opus from Miss Behaviour will feature tracks including ‘Magical Feeling’, ‘Double Agents’ and ‘On With The Show’.

AOR Heaven will also release Niva’s new album Incremental IV on August 29th. It will include the tracks ‘Crush’, ‘The Reason Why’, ‘Only You’ and ‘All By Myself’.

Finish melodic rockers Reckless Love return to the UK for more live dates in December following their appearance at this year’s Sonisphere Festival. These dates include a return to The Slade Rooms in Wolverhampton on December 7th.

Frontiers Records will release a new album from former Vanilla Ninja singer Lenna Kuurmaa – Moonland– the project will be released on September 22nd. Songs to be included are ‘Crime Of Love’, ‘Out Of Reach’, ‘Over Me’ and ‘Heart Made Of Steel’. We are told to expect an album of AOR as opposed to the pop rock of Lenna’s former band Vanilla Ninja. 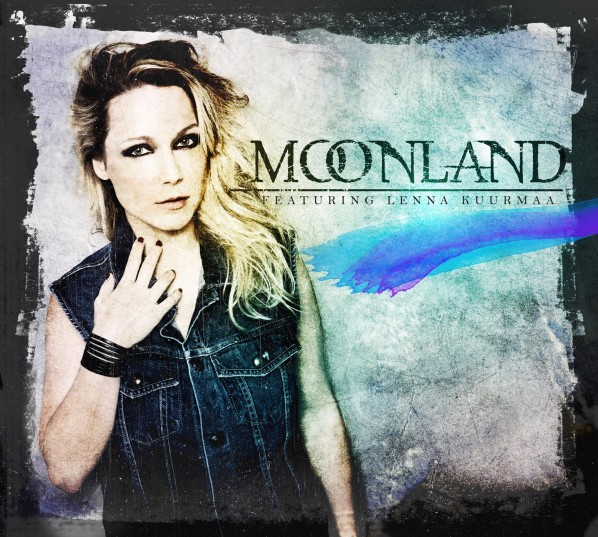 Vocalist Steve Walsh has decided to leave legendary rockers Kansas stating it was just his time to go.

Popular Swedes Houston release their fourth album Relaunch II on September 8th via Livewire/Cargo Records. It features four brand new Houston tracks and six covers from the likes of John Farnham, Rick Springfield and Lady GaGa. You can view the lyric video for their new song ‘Our Love’ below and it features guest appearances from members of Reckless Love, Crazy Lixx, Reach and Casablanca.

Eden’s Curse have released their second official video from their Symphony of Sin album ‘Break The Silence’. It features a compilation of footage taken from their recent UK tour.

Scottish melodic metallers Code of Silence have confirmed they have split up, so their critically acclaimed album Dark Skies Over Babylon will not get a follow up. Drummer John Clelland was of course announced as a full time member of multi-national melodic metal act Eden’s Curse earlier this year.

Well this one’s popped out of nowhere, although it’s very welcome news. Work Of Art will release their third album Framework on September 22nd. The album will include the following tracks ‘How Will I Know?’, ‘How Do You Sleep At Night?’, ‘Over The Line’ and ‘Natalie’.