As a resurrected genre, Melodic Rock is not being done any favours by the very labels who kick started its resurgence, with too many albums being suffocated by a bland, formulaic approach. Still, what do I know? Riding to the rescue soon are a review of excellent new solo album from Michael Sweet, and a review of the (as yet unreleased) new album from legendary Christian Rock band, Guardian. Meantime, here’s the rundown on four new Melodic Rock releases.

Ignore what you’ve read elsewhere, this is by the numbers AOR, blindly joining the dots between Bon Jovi, TNT and, well . . . a dozen other bands, creating a Frankenstein’s monster of melodic rock , blundering about, spouting juvenile lyrics, and straining every wannabe sinew in a directionless pursuit of eighties’ credibility.

Cuts like the clumsily titled ‘Power Of The Dreams’ and highly derivative ‘Right Track’ take a huge leap across that undefined line between influence and pastiche. The fact that it’s mixed and mastered by Erik (WET/Eclipse) Martensson only creates a sense of wonder…you wonder why the hell he got involved. All he can do is add a veneer of gloss to a substandard subset. It’s well nigh impossible to turn the band’s vocal histrionics, cluttered arrangements and total lack of originality into AOR gold. No one is expecting cutting edge contemporary rock, but this is very disappointing. 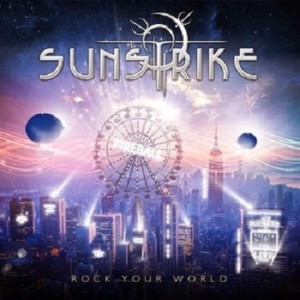 And talking of Bon Jovi, Bormann‘s former band, Jaded Heart started life with much the same ambition, but learned sense, shook it off and are now a highly respected Metal outfit. Bormann is clearly a talented chap, and if you look closely, his presence as a songwriter, producer and performer on the Melodic Rock scene has become quietly ubiquitous over the years.

The Ballads is a trawl through a career peppered with solo albums, picking out the better of the slow stuff and some medium pacers too. A few tracks have gone under the studio knife, nipped and tucked to freshen up the product, but that can be a risky business, and fans are never keen for you to mess with their memories. Best focus on the brand new Bormann recordings: ‘Singing For You’ was originally written by Bormann for Mark Sweeney’s debut solo album, and it’s arguably the album’s standout track here, mixing up acoustic strums, woodwinds and an understated vocal from Bormann, pushed along by energetic, rhythmic slaps. It’s a less-is-more track that works a treat. New songs, ‘Somebody Like You’ and German language track, ‘Berleben’ aren’t too far behind. Both again take the acoustic guitar route. One heads off into Country Rock territory, the other  into a world of escalating, chest beating heroics.

Elsewhere and perhaps too often, Bormann’s stuff simmers rather than sparkles, which perhaps explains his tendency toward the theatrical delivery. It’s not a fatal flaw, but when he reins in the histrionics, as he does on the English language songs mentioned, he is an impressive, attractive vocalist. 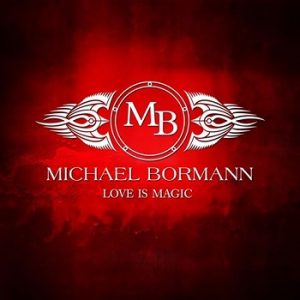 For three tracks this seems like the kind of album that inspires the type of devotion known only to AOR fans of a certain vintage. In fact, it was bands like Alien that first drew many melodic rock aficionados to the flame in the first place. And you’re thinking: if not for the production values here, this could have been recorded in the eighties. ‘In Love We Trust’ is a distant blood relation of Henley’s ‘Boys Of Summer’, floating gently on a keyboard motif that develops through repetition. ‘Unbroken’ has all the drive and urgency of great AOR, breathy, compelling, resonating with throbbing bass lines and an inviting hook. It’s lightly constructed around a time stamped eighties’ piano refrain – a clever piece of arranging that gives the track class and composure.

The gloves are taken off – relatively speaking – with ‘Love Will Lead Me Home‘, a punchy, crowd pleasing anthem (with just a hint of melancholy) for AOR fans everywhere. And then…the album turns into formula, filled with forgettable melodic rock songs and the kind of chest beating ballads that now seem slightly embarrassing. Only passionate closer, ‘In Truth’ comes anywhere near rescuing the remainder of the album. One for the discerning downloader, I think. 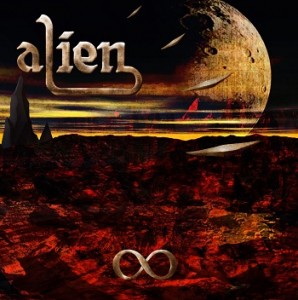 Let’s say upfront that Nigel Bailey on vocals is a real find. His emotive, hard edged voice-with-a-soft-centre will remind you of many who’ve graced the AOR genre. It’s well documented online that this is a new Brit trio (the clue‘s in the bandname), with ex of Dare and Ten, Vinny Burns and Greg Morgan on guitar and drums respectively. It’s produced by Frontiers’ inhouse man, Alessandro DelVecchio, so don’t expect originality or imagination. That said, this album is perhaps as sonically sound as I’ve heard from him, sensibly giving Bailey plenty of room to flex his vocal cords, and not always overfilling the spaces with guitars and rhythms.

‘Hold Me Down’ and ‘Just A Man’ could have fallen off the back of Vital Signs or When Seconds Count. ‘Holy Water’ recalls Whitesnake, and the compulsory ballad with cliched title, ‘Two Hearts Beat As One’ slavishly copies the template that provided Foreigner with worldwide commercial success. For obvious reasons then, unreconstructed melodic rock fans will love the album.

Problem is this: these guys are clearly capable, competent musicians with much to offer, but as songwriters, they bring nothing new to the table. There’s an obvious agenda here, and maybe that was part of the deal. Doesn’t make it a bad album, but it stops it from being anything else than just another typical Melodic Rock release from the label (admittedly, one you have to respect for doing so much to resurrect the genre). ‘Winter Sun’ and ‘Sicilian Kiss’ are exceptions, escaping the studio straitjacket, pointing the way ahead. More like these next time please. 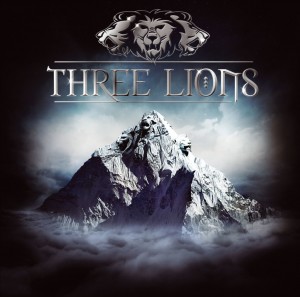