Firefest may be ending this year, but other festivals are cropping up all over the place, proving there’s an enduring fanbase for Melodic Rock and AOR throughout Europe. And to emphasise the point, new releases just keep on coming. Here are some of them, keeping the dream alive. Click on the names to go directly to the review.

Lover Undercover – Into The Night

A little peach of an album, unsung and unassuming, yet beautifully crafted and assembled by a handful of the real talents on the Swedish Melodic Rock scene. Fronted by Mikael (Last Autumns Dream) Erlandsson, songs written by bass player, Michael Carlsson and produced by guitarist, Martin (Dogface/Gypsy Rose) Kronlund, it’s jampacked with aurally adhesive hooks and compact, user friendly choruses of an AOR bent. It’s on the Escape Music label, one of the modern day architects of the Melodic Rock resurgence, and they have a habit of picking winners.

Erlandsson’s gritty rasp adds edge to tracks like ‘Miracle’ and ‘Crushing Stones’, cutting through the sweetness and the production’s commercial sheen like a knife. Untainted by metal, standout tracks, ‘Into The Shadows’ and ‘Life Is Easy’ are illuminated by classic melodic rock melodies on an album that tends to old fashioned, valve driven sentiments throughout …’There’s No Place Like Home’ might sound trite, but it is also a moving look at life, in all its relentless tedium, reminding us of its occasional glorious promise. The song’s family friendly chorus has real warmth and an altogether charming simplicity. Into The Night is not going to set the world on fire but it’ll create a bit of heat and light along the way. 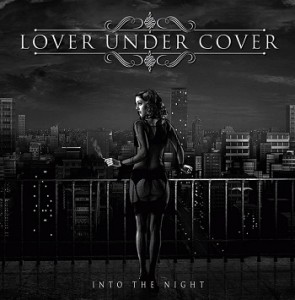 Hands up if you remember FM’s ‘Indiscreet’ and ‘Tough It Out’. At least a passing knowledge of those first two albums in the band’s career will set you up nicely for Epic (an amusingly tongue-in-cheek title). That said, this new solo album from Steve Overland lacks the intensity of his band’s earlier material. Thanks to Mike Slamer’s measured production, it’s often remarkably restrained, especially in those places where you expect the kitchen sink to drop into the mix. That’s no bad thing though, sometimes what you leave out has more impact than what you put in.

Having divested himself of the lofty, overwrought ambition of those albums, Overland has settled comfortable and satisfyingly into an AOR/Melodic Rock niche. Epic is brimful of catchy rock songs, written for the days of analogue, recorded for FM radio stations that don’t exist anymore. Would that they did. It’s a notion echoed loudly by opening track ‘Radio Radio’ and ‘If Looks Could Kill’, but it resonates throughout. In fact, all these songs have a distinctly familiar air. Most notably, ‘Down Comes The Night’, a song that could have come from the pen of Desmond Child, and ‘Stranded’ where Overland wraps his voice inside an atmosphere of such warmth and feeling that you’ll be swept away by the music’s emotional undertow.

Slamer’s production is dynamic, clear and pin sharp, underlining the supple grace of Overland’s vocals. It’s not groundbreaking, it’s not original, but it sounds fresh and strong. Even joining the dots can create a beautiful picture. 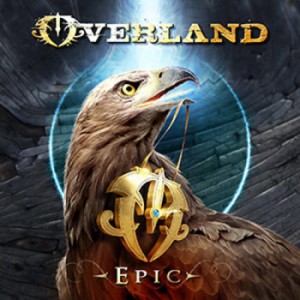 You will know that this is Bonfire guitarist, Hans Ziller’s band. Firestorm is the band’s second release, coming an astonishing 23 years after the debut, After the Fire, with a new lineup including an ill-fitting David (Bangalore Choir/Accept) Reece on vocals, Paul (Rainbow) Morris on keys and Ronnie (Tango Down) on bass, and when you consider that collective pedigree, we expect so much more than we get here.

Here are the logistics: 9 tracks, including a cover of Bangalore Choir’s ‘Loaded Gun’ and a cover of Uriah Heep’s ‘Easy Living’, plus a rework of ‘Too Late For Paradise’ from the debut album. Of the remaining six tracks, there are two edits of the ballad ‘Fly Away’. So there’s a not a lot of new material. It has the whiff of contract fulfilment and you can’t help feeling short changed.

Ziller is one of Bonfire’s prime songwriters, yet these songs seem second division, travelling down well-worn paths and exploring no new territory. Reece’s lyrics are part of the problem. No one’s expecting Pulitzer Prize material, but nowadays there’s just no excuse for hackneyed lyrics and duff rhymes (“opening Pandora’s lid”, I mean, c’mon.)

There’s also a strange disconnection between Reece’s vocals and rest of the band, like he phoned them in after the album had been recorded. It means that even half decent songs like ‘The Damage Is Done’ and ‘Fly Away’ fail to engage.

All this album really has going for it are Ziller’s and guest, Chris (Soul Doctor) Lynne’s amazing axework. Their defibrillating solos revive dying tracks like ‘Into The Night’ and ‘White Lightning’,  which seem headed for the mortuary slab before the guitars intervened. But it’s too little, too late. 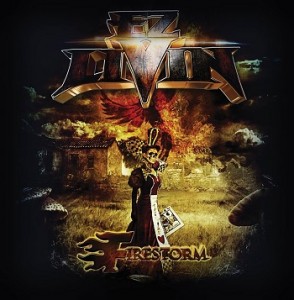 Humbucker – King Of The World

Second album from Norway’s Humbucker. We reviewed the 2012 début here. Like Gotthard’s new release, Bang (reviewed here), this follow up begins with a couple of underwhelming tracks. Unlike Gotthard, improvement thereafter is sporadic and inconsistent. Here, their collective skill as producers, arrangers and musicians is badly let down by poor song quality and a distinct lack of memorable melodies. Even with Beau Hill sprinkling his magic dust at the mixing desk, few tracks rise above the high watermark of great melodic rock.

The exceptions are ‘Dirty Nelly’, where a catchy, sinuous tune duels entertainingly with a run of energetic guitar fills and frills, and the album’s big ballad, ‘Harder Being Me’. This track delightfully fools us into thinking it’s using the universally acknowledged template for rock ballads – starting off quietly, with acoustic guitars, then gradually building. Guitars crank up and strings soar as the emotional temperature of the song rises – but they’re building to a climax that never comes. Cleverly, the song just fades away, totally in keeping with the lyrical sentiments. Reminiscent of Chris Isaak, it’s a great track, a brave track. The arrangement might not have worked, but it does, bigtime. Album standout by a considerable margin.

Elsewhere, the machine toils – the pistons pump, the engine roars – but there’s a strong sense of sameness to the riffs and the melodies. Apart from the two tracks mentioned above, only ‘Lord Have Mercy’ & ‘Lone Rider’, with unfocussed verses redeemed by powerful choruses and inviting hooks, rise above the average. 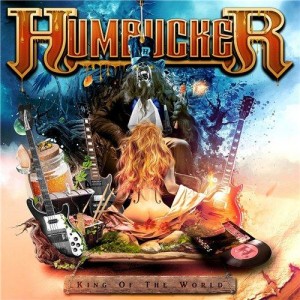