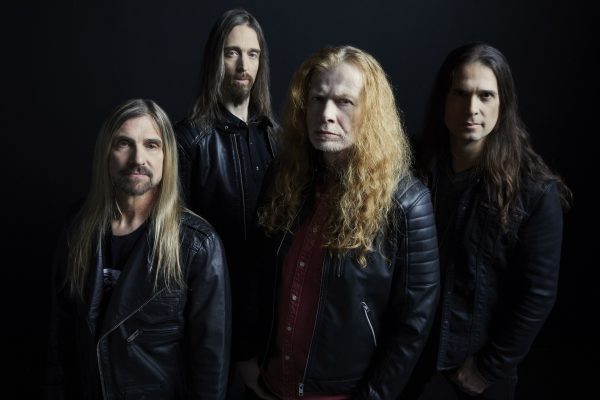 Thrash Metal pioneers MEGADETH will cap a summer of successful global touring with the release of their highly anticipated 16th studio album, The Sick, The Dying… And The Dead! via UMe on 2 September.

Featuring 12 new tracks, The Sick, The Dying… And The Dead!will be released on CD, vinyl, and cassette, as well as digitally through all online partners and can be pre-ordered/pre-saved HERE. There will also be a limited deluxe edition 2LP, 12-track album pressed on 180g black vinyl, housed in a numbered gatefold jacket with a 12×24 lyrics/credits insert, a lenticular vinyl lithograph and a bonus 7-inch featuring ‘We’ll Be Back’ and the unreleased b-side ‘The Conjuring (Live).‘ The limited deluxe edition can only be purchased via the band’s official online store, through Sound of Vinyl, and uDiscover, and can be pre-ordered HERE.

The first song to be released is the ferocious and quintessentially MEGADETH track, ‘We’ll Be Back’ which is accompanied by the world premiere of ‘We’ll Be Back: Chapter I’, an epic, action-packed short film chronicling the origins of MEGADETH’s mascot, Vic Rattlehead.

Produced by Dave Mustaine, ‘We’ll Be Back: Chapter I’ is a soldier’s tale of bravery, personal sacrifice, and the will to survive. It is the first installment of a trilogy of videos to be released in conjunction with the release of the new album, The Sick, The Dying… and The Dead!

Watch the short film We’ll Be Back: Chapter I, right here.

The Sick, The Dying… And The Dead! consolidates a furious return to form that began with the Grammy Award winning Dystopia, while pushing forward musically and marking Mustaine’s recent triumph over throat cancer. Reuniting visionary MEGADETH leader and sonic architect Dave Mustaine with co-producer Chris Rakestraw (Danzig, Parkway Drive), who together helmed 2016’s Dystopia, the album was recorded at Mustaine’s home studio in Nashville, Tennessee, with guitarist Kiko Loureiro and drummer Dirk Verbeuren. Bassist Steve DiGiorgio temporarily stepped in to record the album. With the kick off of MEGADETH’s recent tour, MEGADETH-alumni James LoMenzo rejoined the MEGADETH family as permanent bass player.

Dave Mustaine enthuses: “For the first time in a long time, everything that we needed on this record is right in its place. I can’t wait for the public to get hold of this!”

Featuring some of Mustaine’s strongest songwriting while also incorporating writing from the rest of the band, The Sick, The Dying… And The Dead! brings together everything that’s exhilarating and distinctive about MEGADETH. From the blistering throwback fury of ‘Night Stalkers’ (featuring icon Ice-T) and first single ‘We’ll Be Back,’ to the more mid-tempo and melodic ‘Soldier On!,’ and the very personal title track, with its enthralling twists and turns.

The Sick, The Dying… And The Dead! melds the ultra-frenetic riffing, fiercely intricate solos, and adventurous spirit the quartet are known for, all laced with signature virtuosity and precision and Mustaine’s singular sardonic snarl. This album combines all the crushing musical motifs that have made MEGADETH both repeat metal disruptors and revered genre flagbearers.

MEGADETH have recently revealed their roadmap into the web3 space, offering expanded Cyber Army fan club experiences. The first NFT drop will be a generative collection called RATTLEHEADS, pulling from nearly 40 years of iconic Vic Rattlehead themes and imagery. Fans can join the official MEGADETH Discord to stay up to date at https://discord.com/invite/megadeth. 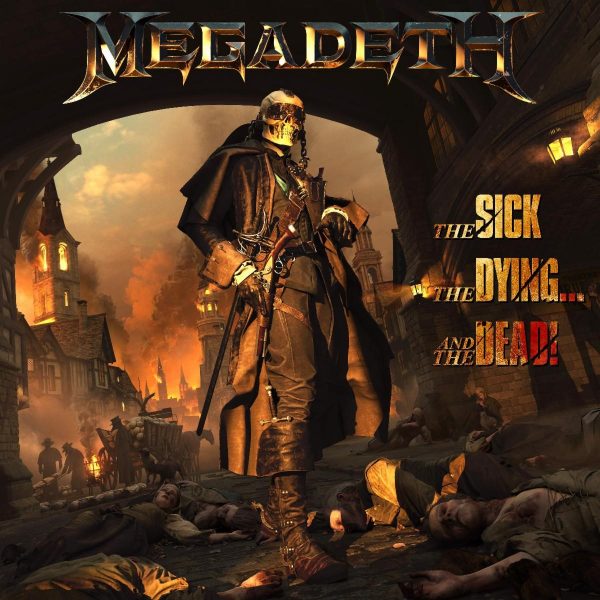