Argentina’s Medium are busy putting a fresh spin on the whole crust/grindcore crossover. With an expansive sound that pulls black metal and hardcore into their orbit the resulting debut EP Medium is a pretty brutal offering that places its foot on the listeners throat and doesn’t let up for 18 minutes.

Formed in Buenos Aries in 2017 and, wasting little time, they self-released Medium the following year. It now gets a physical, worldwide release from the doyens of all that’s good and heavy, Transcending Obscurity Records. Guitars that ring like warning sirens hail the arrival of ‘Skullcomet Sorcery’ as a barely audible spoken word intro creates an unsettling tone. The band have a hard-hitting drummer in the shape of Rama, who ensures the song explodes like a series of detonators. A twin guitar attack delivers blistering riffs and plenty of string bending gives the track a warlike feel, very much like early Bolt Thrower. With the briefest of pauses the aptly titled ‘Maximum Rampage’ follows with guitarists Fede and Seba quickly switching between high and low pitches which colours the song with monochrome black metal atmospherics.

It’s on ‘El Gigante’ where the bands melding of different styles comes into its own. Opening with blast beats galore there’s more than a nod to Discharge’s D-beat ferociousness evident. Extreme Noise Terror and Disfear are obvious influences and when you add the energy of anarcho punk delivered with metal musicianship you have a heady concoction. The resulting sound is not dissimilar to mid era Napalm Death (Harmony Corruption and Fear, Emptiness, Despair) and means ‘El Gigante’ falls like polluted black rain.  A frightening vision of a nearing dystopia ‘Black Future Patrol’ shows a lot of restraint (despite being the EPs shortest track) and, with a hardcore groove, avoids a descent into geneticism.

‘Gargola’ is another atmospheric track and, in contrast to their South American roots, it’s a song that has a quintessentially Norwegian feel with an ice-cold black metal brittleness, as if the walls of guitars could snap at any moment. While some bands seem content to play within the confines of a scene Medium are knocking walls down. Case in point being ‘Night  Vision’ a heads down hardcore song, and in a genre usually devoid of solos the guitarists take the opportunity to weave intricate lines. Closer ‘Radiation Huntress’ is akin to Thor hurling nuclear lightning bolts. With a dizzying display of virtuosity, like Iron Maiden, only played at 78rpm, Medium whip up a musical maelstrom that’s the soundtrack of a world perishing in a fiery holocaust. The intro is a motif that’s repeated at the end of the song bringing things full circle while a wall of feedback means we depart as we arrived.

Medium is a strong debut and promises much for the future. It’s a nice problem to have but you wonder how they’ll top this effort. I for one will be waiting with baited breath. 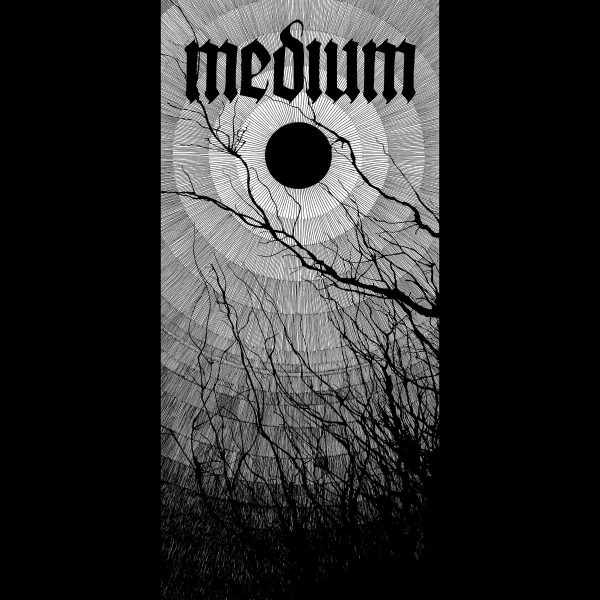