Formed in 1968 at the height of the British blues boom it seemed Stafford’s Medicine Head had the world in the palm of their collective hand. Three albums for John Peel’s Dandelion label (the doyen of cool) was followed by a string of hit singles but then the magic dissipated and following releases fell on stony ground. Still led by multi-instrumentalist John Fiddler Medicine Head return with their latest long player, the aptly titled Warriors Of Love.

Medicine Head is now essentially John Fiddler (vocals, guitars, keyboard programming and bass) along with a host of guest musicians and it’s been a long 10 years since last album (2011’s Fiddlersophical) but John has aged like an old bluesman, and he delivers Warriors Of Love with a wise head. Opening with the title track ‘Warriors’ is a song that encases the listener within its warm embrace and finds Medicine Head doing what they do best. The choral vocals add a definite gospel feel and work well with John’s oak-aged whiskey croak and the result is a sound that acts as a soothing balm. There’s a definite Americana vibe going on here and the swing of ‘Chinese Whispers’ isn’t a million miles away from Tom Petty, yet the drum machine gives a contemporary edge which makes for an interesting tension of opposites.

John Fiddler is one of the very few guitarists who has a signature tone that’s instantly recognisable (think Hendrix or Peter Green) and it’s put to good use on ‘Dancing In The Rain’. Delivering a solo that appears as if from the ether John proceeds to hypnotise with the maxim that ‘less is more’. Sometimes it’s not what you play but what you don’t and the huge white spaces that John inserts creates a vacuum into which the listener can infer meaning. Heavy on the harmonica ‘Want Your Love’ is a sensual slab of rock, a real bruiser that swaggers with a mean gait and would make the perfect soundtrack to a bar room brawl in some bawdy backstreet boozer.

My only real gripe with Warriors Of Love is its steady pace. It’s an album that rarely changes gear and seems content to drive along in cruise control, which is all well and good, but a few lively numbers tossed into the fray would make for a more rounded listen. However, within the confines of blues rock this release pretty much covers all bases from the late night duke joint vibe of ‘Alcohol And Cheap Champaign’ to the hard hitting ‘Give Me Love’ which lands a succession of nifty punches by way of some crashing chords. Album closer ‘Forgive And Forget’ brings a sense of finality as it gradually adds layers of sound to become a room filler. If you require more Medicine Head then this CD adds a the single version of ‘Warriors Of Love’ to bring things nicely full circle.

The lack of album chart action has been something of a blessing in disguise for Medicine Head. Without the constraints imposed by commercial pressures the band have been able to plough their own furrow and Warriors Of Love stands as testament to artistic integrity. 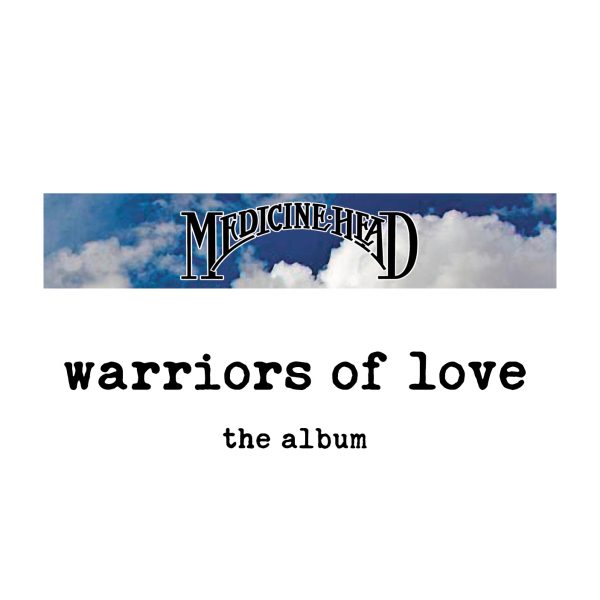