‘Warriors of Love’, the first new album in a decade from Medicine Head, is released on 24 September via Living Room Records. Featuring ten brand new songs, this is a fresh and vibrant set of blues rock that makes it sound like founder John Fiddler and Medicine Head have never been away. 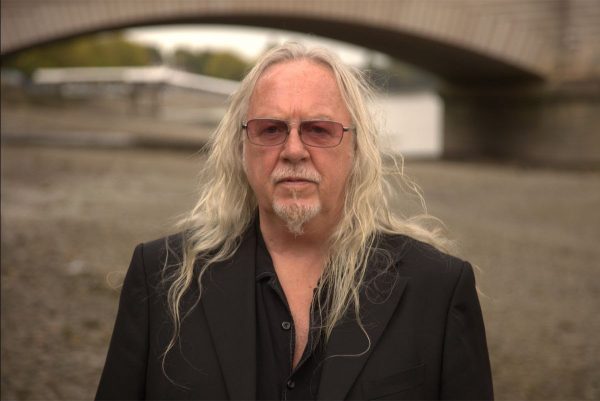 Of the album, John Fiddler says: “I consider everything I do to be a ‘labour of love’; and ‘Warriors of Love’ sits there happily within the whole trauma site. This work helped me to reclaim my life from extreme negative circumstances and every day I offer my heartfelt thanks to the gods of creativity and to all the people around the world, new and old, who care about what I do.  Many thanks for the emotional rescue go to guest Heads Morgan Fisher, Dzal Martin, Belinda Campbell, Dave “Bucket” Colwell, Roy Shipston and Ben Dale.

Medicine Head began life in 1968 when the founding core duo of singer and guitarist John Fiddler and harmonica player Peter Hope-Evans began performing in the Midlands. They quickly came to the attention of John Peel and – at the insistence of John Lennon – the DJ ended up signing the band to his own Dandelion Records. Eric Clapton and Pete Townshend were also early cheerleaders. Peel declared the band’s debut 1968 single ‘His Guiding Hand’ to be one of the classics of all time – and a copy featured in his legendary Record Box.

Medicine Head released three albums via Dandelion Records, with Hope-Evans leaving and returning to the fold during that time. The first album, 1970’s ‘New Bottles, Old Medicine’ featured ‘His Guiding Hand’ and was recorded in a two-hour session and Medicine Head toured with the DJ at many of Peel’s shows. The band followed that with the single ‘(And The) Pictures In The Sky’ and then a second album in 1971, ‘Heavy On The Drum’; produced by the Yardbirds’ Keith Relf. After their 1972 album, ‘Dark Side of the Moon’ [yes, before Pink Floyd), the band signed to Polydor.

Medicine Head then released ‘One & One Is One’, the single charted at No.3 in the charts and the album of the same name garnered them more fans. The following album ‘Thru’ A Five’ gave them more hits with “Rising Sun” and ‘Slip and Slide’. Soon after that the band became a duo again, releasing the fittingly titled album ‘Two Man Band’ in 1976. The following year, Peter Hope-Evans left for the final time, although John Fiddler (with Peter’s blessing), has continued to work, and to release records as Medicine Head – 2011’s ‘Fiddlersophical’ was the last before ‘Warriors of Love’.

It may be a decade since the last album, but John Fiddler has found his voice and his musical freedom once again. This is an artist and a band with pedigree and a story, and ‘Warriors of Love’ writes a worthy late chapter in the Medicine Head story.

Pre-Save The Single ‘Warriors Of Love’