Dusty notes…that pretty much sums up this album right there, a two word self-written review by the band themselves, encapsulating their grunge tinged alt-country in a nutshell. So, before we needlessly expand upon those two words let’s have a quick history lesson. Pay attention, there might be questions later.

The Meat Puppets, 80’s hardcore peeps signed by Black Flags’ famed SST label, alongside fellow noisy luminaries such as Husker Du, Minutemen and Dinosaur Jr. The Puppets, however, always had a hint of The Grateful Dead and Neil Young mixed in with their punk assault. And that’s the route they’ve continued to explore until ‘Dusty Notes’ which is pretty much Americana with a subtle dash of fuzz.

The band hit their commercial high point in the 90’s with their involvement in Nirvana’s legendary MTV Unplugged performance (remember, those two guys and brace of songs you didn’t know on the cd…that’s them). Their fan base continued to be more select and faithful after that which worked to their advantage, allowing them to continue down the paths they wanted to explore with no undue expectations.

Which leads to here, album numero 15 and the first with the original line up since 1995’s ‘No Joke!’. The majority of the album is acoustic with the depth and character of each song being added by electric guitar and various other instruments. ‘Warranty’ is jaunty country with echoey psychedelic guitar warping it into cosmic Americana. So far, so far out!

Crosby Stills and Nash are a frequent reference, both in their effortless sense of melody and sumptuous harmony vocals. ‘Nightcap’ sounds centuries old yet, with the arrival of Elmo Kirkwood (son of mainman Curt) and his powerchords, utterly contemporary. ‘The Great Awakening’ is a joy, full of gentle strumming, tinkling keys and 60’s utopian vibe. Indeed, keyboard maestro Ron Stabinsky plays a blinder throughout, his jazz background adding atypical texture and colour. The psych guitars creep up on you, whispering dark nothings in your ear.

‘Vampyr’s Winged Fantasy’ is another radical curveball amid the mariachi horns and guitars and trad country covers (Sea Of Heartbreak). It rocks out ferociously, there is a hint of prog complexity to it’s brutal Mountain chugging and wild, squalling solo. The guitars lock in to a maelstrom and roar to a noisy finale. And then, to finish, we’re back to grubby, dusty (there’s no other word for it) ranch hand singalongs with an indiscernible punk edge.

Roots. This is all about roots – where we’ve come from and not losing sight of them. It’s a beautiful album full of the kind of music that would have sold out sun-drenched Californian stadiums in 1971. It sounds as permanent, timeless and American as the Sierra Nevada or the Dakota Badlands while never losing sight of its noisenik origins. If you’ve never heard them before, this is worth a listen.

Released by Megaforce Records on 8 March 2019 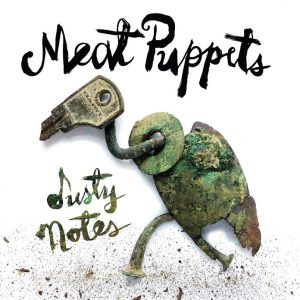