The Devil went down to Georgia…

Well, it appears that the frontman of death metal behemoths Behemoth has taken a turn into the road, erm, quite well travelled. Peppered with plenty of references to all things blues, country, and Americana and loaded with numerous knowing nudges and winks in the direction of the dark lord of the underworld – as well as a healthy dose of irony – Me and That Man bring us their debut, Songs of Love and Death. And joining Nergal and British/Polish rock musician, John Porter on their desert-desiccated drive from dusky horizon to the damned dawn are such luminaries as Johnny Cash, Nick Cave, Tom Waits and Leonard Cohen. In spirit, that is – unless their carved up cadavers have been packed into a suitcase and slung in the trunk of course…

Cynical opener ‘My Church is Black’ sets the beautifully dark tone. Nergal’s lyrics – ‘My church is black, my Christ is cold / My cross is pale, hell is my home’ – are as penetrating as they are a playful and taunting, and the jaunty and jangly music has a driving and disorienting feel to it that is intoxicating. Speaking of booze, ‘Nightride’ conjures up images of a black-clad Tom Waits, a cigarette dripping from his lips with one hand clutching a whiskey, the other the wheel. Opening with Seasick Steve-stomps and simple riffs, ‘On The Road’ cruises along steadily, the world and its woes drifting dazedly off into the sand-bordered vista spread out against the sky. Who knows, maybe Jack Kerouac’s corpse has been squeezed into the trunk too. A touch of gospel in the coda and then it’s banjos at dawn for the surely-tongue-in-cheek-entitled ‘Cross My Heart and Hope to Die’, a dishevelled and disruptive choir joining Nergal for his best Nick Cave impersonation for the wonderfully roguish refrain: ‘I will get away with murder/ I will get away with crime / It’s the innocence I reign / I won’t stop until I’m done.’

And so it goes. From ‘Better the Devil I Know’ through ‘Of Sirens, Vampires and Lovers’, ‘Magdalene’, ‘Love & Death’ through to ‘Get Outta This Place’ and closer ‘Ain’t Much Loving’, it’s witches, moons, vampires, shamans, hitchhiking voodoo queens, and drinks at Morrison, Heartbreak and Chelsea Hotel while we escape the death we can’t afford. Though ‘One Day’ is a bit too country for my tastes, it still retains more than enough devilish whimsy to warrant the occasional replay. Maybe when they’re next down at Bob’s Country Bunker, Jake and Elwood will bash it out right before summoning the spirits of Robert Johnson and Mr Mojo Risin’ for ‘Shaman Blues’.

In his day job, Nergal does an outstanding job of leading many a lamb to the slaughter. But it’s good to know that he knows how to relax on his days off by picking up Porter, throwing a guitar, a banjo and a harmonica or two in the back of a Cadillac and riding off into the sunset. Songs of Love and Death will no doubt surprise some and perhaps piss a few off, but it will always entertain them. According to Nergal, “the idea was just to get this music out to people. There’s no hidden agenda. It is what it is, and if you like it, it’s cool. If you don’t, that’s cool too. This is the battle we’ve already won.” Consider the battle won. We like it. See you down at the crossroads… 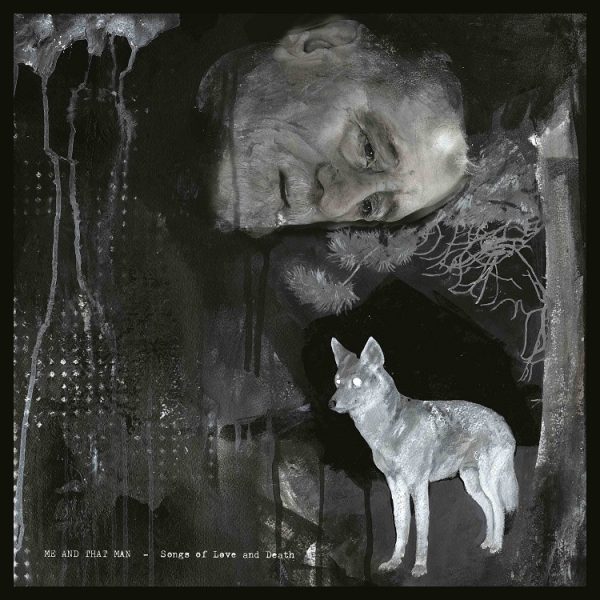