Following the recent release of their “Fuck The Haters” single and moved by fan stories in the aftermath, British rock n rollers MASSIVE WAGONS are launching a national anti-bullying campaign and inviting you to join them, and The Sophie Lancaster Foundation, to help stamp out all bullying, everywhere. 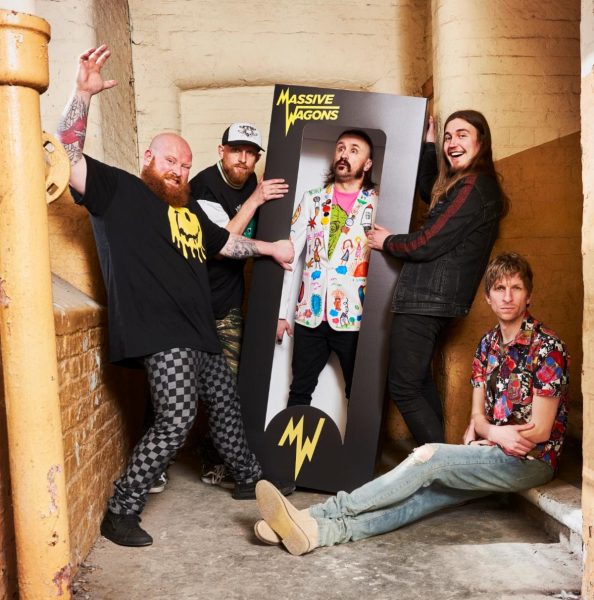 Written as a supportive rallying cry for those who have been affected by any form of bullying, “Fuck The Haters” is a bold-call-to-arms track that holds a potent middle finger to everyone and anyone who feels it necessary to bully other people, be that physically, face to face, or keyboard warriors in the social media sphere. The track’s accompanying video underlines this message, a no-holds-barred performance chock-full of the band’s trademark charisma as they stand up against incessant social media trolling and sinister anonymous figures.

Today, Massive Wagons are sharing the first in a short series of informative, personal interviews on their social media. The first episode features frontman Barry “Baz” Mills discussing the inspiration and some personal experiences behind the single and ensuing anti-bullying campaign with band mate Adam Thistlethwaite.

The band are also donating a proportion of proceeds from all sales of a range of “Fuck The Haters” and more child-friendly “Forget The Haters” merchandise, including t-shirts, patches, foam hands, and a goodie pack (shown below) to The Sophie Lancaster Foundation. You can order online here.

The Sophie Lancaster Foundation intends to use these proceeds to deliver S.O.P.H.I.E. workshops in schools which are designed to increase levels of empathy in young people and help them understand that actions have consequences. S.O.P.H.I.E. stands for Stamp Out Prejudice, Hate, and Intolerance Everywhere. Learn more about their important work and other ways you can support them here.