A member of Jethro Tull from 1968 to 2012 Martin Barre and his unique guitar playing helped guide that band to unbelievable heights and unprecedented chart success. After the dissolution of Jethro Tull, Martin has continued to perform live, most notably with the Martin Barre Band to celebrate the music of Jethro Tull. Recorded in Illinois Live At The Wildey is a musical celebration of Tull’s best years and presents familiar songs in a new light.

The first thing to note is the sound; the Martin Barre Band have been afforded a full and lustrous sound and they put it to good use on opening track ‘Song For Jeffrey’. In the surrounds of The Wildey it becomes far heavier, and I must say it’s a vast improvement. Live At The Wildey is an offering that replicates the “in concert” experience with Martin’s guitar tickling your eardrums and Alan Thompson’s bass thumping your chest. In short, ‘Song For Jeffrey’ is a riotous opener and it generates just applause. What I like most about this set is that the songs aren’t mere facsimiles and this octet certainly put their own stamp on proceedings, but fans of the originals needn’t fret; there’s no radical departure, only songs that are given added weight and oomph by an eight-piece band.

Presented in (nearly) chronological order Live At The Wildey is punctuated by a compare who narrates Jethro Tull’s meteoric rise to fame and on this evidence it’s easy to hear why quintessentially English songs such as ‘Nothing Is Easy’ and ‘Teacher’ won over American audiences. Three cuts from the classic Aqualung follow (songs from which were covered by everyone from Iron Maiden to W.A.S.P.) with the title track in particular making good use of loud and quiet dynamics with each acting as a mirror to highlight the other. An acoustic section is the gig’s centrepiece, it’s more in the vein of MTV Unplugged than truly acoustic, but it allows the band to get a bit loose, as on the bluesy ‘Someday The Sun Won’t Shine’ and it’s a delight to hear ‘Locomotive Breath’ parred back, and with female vocals giving the song new context.

The piano introduction only makes ‘War Child’ all the more vivacious (those opposites again) and its off-kilter time changes are handled with great aplomb. Likewise, the deceptively simple harmonies of ‘Songs From The Wood’ sound sumptuous and dances around the listener, a sylph elf. This collection takes us up to the Grammy winning Crest Of A Knave album with ‘Steel Monkey’ and ‘Jump Start’ being definite highlights. Bringing things full circle is the heavy blues of ‘New Day Yesterday’ from Stand Up (Tull’s second album and Martin’s first with the band) and makes a nice precursor to the return of ‘Locomotive Breath’ and this time around it appears as a fire-breathing dragon that spews foul air in every direction. Added as a bonus track is ‘Dharma’ which evidences drummer Clive Bunker a beast behind the kit, however, I feel it would have been better inserted earlier in the set as the aforementioned ‘Locomotive Breath’ would make a stronger way to curtail the disc.

Jethro Tull’s albums are rarely off my turntable and while I never get tired of spinning them it’s nice to hear the songs in different environments. On Live At The Wildey the Martin Barre Band give old songs a new lease of life and prove the legacy of Jethro Tull is in safe hands. 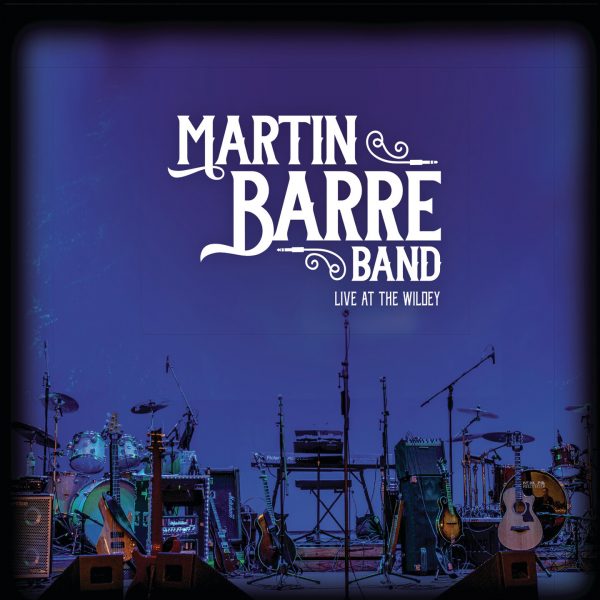