More performance art than music, Joe Cardamone (website, Facebook) parades and postures his 80s-fashion-clad carcass in front of a screen with images and footage drawn from all areas of the media projected upon it. As catwalks clash with cityscapes and our eyes are dragged through the remnants of warzones and that most terrifying of consumerist wastelands – celebrity, Cardamone is simultaneously amalgamated into and alienated from the clustered scenes. It could be socio-political commentary. It could be art for art’s sake. It could be performed here in the Wulfrun Hall. It could be performed next door to a Gilbert & George exhibition. Depthless and disconcerting, whether taken to be purposeful or meaningless, Cardamone’s performance is an enlightening and unsettling experience.

The screen removed to reveal a full backline, Duke Garwood (Facebook) emerges alone with nought but a guitar underneath a red light to draw us into his deep and shadowy world. Pulling shade after shade out of the guitar and colouring the textures with evocative and thought-provoking lyrics, Garwood’s ability to create within a song a near-tangible atmosphere is remarkable. When last here in June, Garwood was accompanied by a drummer, but its gentle pulse is not missed tonight. Each track magical, mysterious and enchanting, Garwood has us all under his spell and has no need to tell us that our patience will be rewarded with Lanegan’s appearance. The stage may be adorned with instruments that allow an array of sounds to be created and atmospheres to be explored but Garwood needs only a guitar and a voice to achieve such wonders.

Mark Lanegan (website, Facebook) needs to say very little. A striking black-clad figure, he stands centre stage, one hand on the mic, the other on the mic stand throughout the show. The music says it all. With the smoothly dark ‘Death’s Head Tattoo’ to open the set, that inimitable voice fills the room. Relaxed, composed, commanding, the music moves around and through Lanegan, his band weaving their way through an array of nuanced textures and sumptuous soundscapes with delicate precision. ‘The Gravedigger’s Song’, Hit The City’ and ‘Sister’ are as hypnotic and enchanting as they are moving and from the outset, the crowd are under Lanegan’s spell.

Surrounded as ever by outstanding musicians, in terms of musicianship, his band is more than an accomplished ensemble. His playing akin the electronic exactitude of Joy Division / New Order’s Stephen Morris, the drummer is like a machine with a beating heart. The bassist stands close to the drums, his lines the low end pulse of the band. And with the keyboardist subtly embellishing the already lush sound, guitarist Jeff Fielder’s riffs and leads are remarkable. Indeed, the band is the perfect complement to Lanegan’s vocal talents. And so with Joy Divison’s ‘Atmosphere’ and ‘Love Will Tear Us Apart’ as closers, Lanegan leaves us once more elated by an incredible performance. Last in the Midlands in June, if Lanegan wants to return in 6 months’ time, he’s more than welcome. 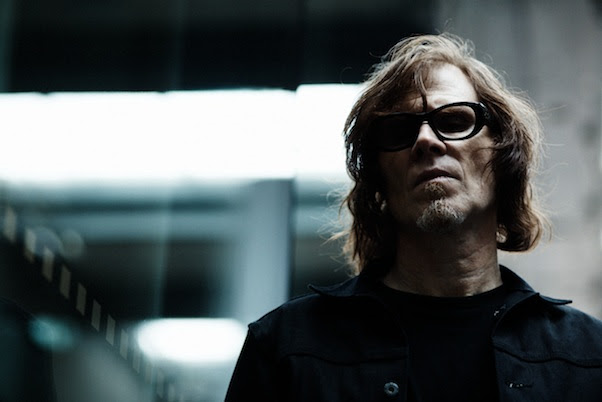