Chicken soup for the soul: this springs to mind while listening to the timeless tracks included in this set of 2 CDs. The selection of gems can be enjoyed best after a long week with a bottle of wine and good company – preferably with other fans of the Yngwie Malmsteen era.

Mark Boals, the legendary voice of melodic metal who rose to fame with Rising Force’s iconic Trilogy, gifted his fans with a compilation of the best songs from his solo career and his band Ring of Fire.

The collection is split into two CDs and, unlike most Best Of selections, is systematically organised in chronological (and logical) order. It follows the evolution of Boals’ career throughout the decades, making it easy (and rather fascinating) to observe the shifts in his style over the years.

The first CD comprises solely of Boal’s solo work: tracks from the 1998 Ignition album, Ring of Fire (2000), and Edge of The World (2002) The second CD, respectively, pays tribute to his band Ring of Fire, with tracks also arranged in clusters from different albums.

Boal’s earlier works are like balm for the soul; they may well put you in a nostalgic mood. Simpler songs with catchy tunes, evidently influenced by Yngwie with plenty of harmonies and clear composition line, are pure classics all around. Taking us back into the musical atmosphere of the 90s, the CD may get you singing along tracks like ‘Find Our Way’ and ‘I’m Sorry’ while walking down memory lane. Simplicity, ample guitar solos and vocal brilliance: classical recipe.

The next cluster of songs (2000) mark Boal’s move towards music that could easily be mistaken for Malmsteen’s: speedy intros and pretty identical style. The resemblance is uncanny, but, after all, Mark Boals is one of the voices of Rising Force.

In the second CD, the change is notable towards more complex compositions and modern sound. He still has one foot back in the golden era of classic rock, with ballads like ‘Take Me Home’ following the footsteps of Alcatrazz with ‘Suffer Me’. What makes this music a particular pleasure is the voice: Boals is a classically trained singer, which always helps enhance the experience. His ease of performance is more than evident (ballads like ‘Blue Sky’ providing scope for demonstrating this).

The work from 2001 is picking up the speed (‘Circle of Time’), and with more complex compositions like ‘Oracle’ reclines towards Symphony X’s mythology-based classics.

The next chunk of songs (2002) mark Boal’s definite shift towards more modern sound, with tracks like ‘Oracle’, ‘Ghost of America’, ‘Invisible Man’. This is typical symphonic metal with mythological elements, more elaborate, deep, multilayered compositions, and ample keyboard work. He hasn’t abandoned his previous style, either, with pieces like ‘Take Me Home’ and ‘My Deja Vu’ paying tribute to good old Yngwie’s stuff.

It is the material from 2004 that brings to our attention the modern day Boals: high quality progressive metal, putting him in the same category as the gods of Symphony X. Listening to these immaculate tracks reminds us that this was only the beginning of the new era in the phenomenal singer’s career. At this stage, he hadn’t yet become one of Royal Hunt’s vocalists; that was still to come (Collision Course 2008 and X 2010).

This selective collection is compiled very cleverly and is definitely worth listening to, to remind ourselves of good old rock times. 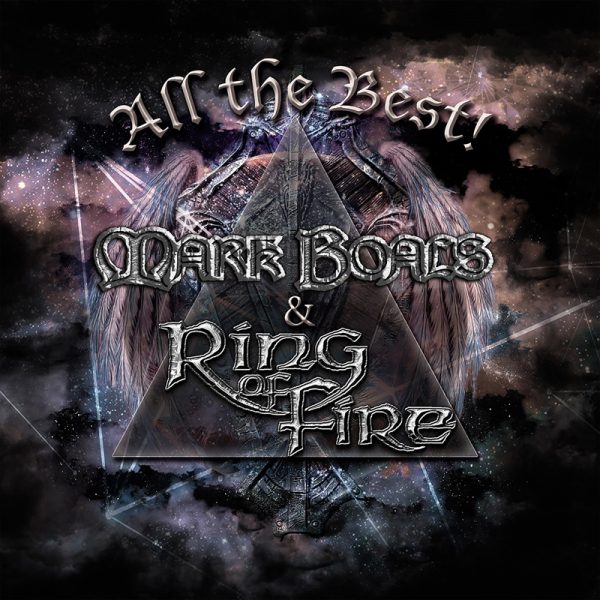