Marillion will bring their The Light At The End Of The Tunnel tour to the stages of Britain with a 10-date tour in November culminating in 2 nights at the London Eventim Apollo, Hammersmith. 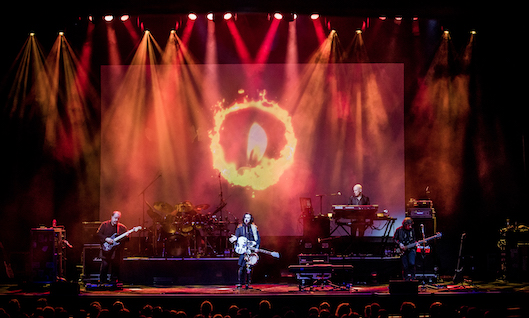 Steve Hogarth says: “No, it isn’t a train coming the other way, it is in fact, The Light at the End of the Tunnel. We spent our time IN the tunnel writing our twentieth studio album.
We will tour in the UK in November and debut one or two new tracks, along with what we feel is the best of our (let’s face it) huge catalogue.
Our fans are legendary creatures of faith and enthusiasm – some say obsession – so we can’t wait for that feeling of reunification as we return from the wilderness, to the stage. The light is gonna feel good.”
Marillion are running a competition on their website
(www.marillion.com) from Tuesday 31st August until Friday 3rd September for someone to win tickets to the whole ‘Light At The End of The Tunnel’ UK Tour.  The band will be first revealing the initials of the new album and asking fans to guess the title before revealing it on Friday 3rd September. 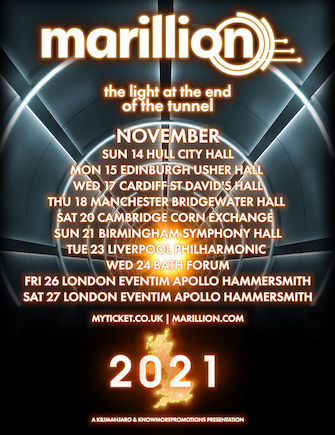