Marcus King today announced the release of ‘Lie Lie Lie’, the latest preview track from his forthcoming solo album, Young Blood. The track premiered today with FLOOD Magazine. Shuffling rock drums, wild soloing and fuzzed out psychedelic guitar riffing combine into a towering sonic inferno. At the core of the blaze are King’s vocals, which share a revelation.

“‘Lie Lie Lie’ for me captures the spirit of this record.” King shared. “You can feel how natural the vibe was in the studio. This track showcases each player’s energy, it shines a light on the production and the SOUND of Easy Eye Sound. At the two-and-a-half-minute mark the band locks into a groove that becomes a sonic representation of why I do what I do! I LIVE for that feeling!”

King’s tales of excess, salvation, break up and addiction, draw on some difficult and personal moments. Despite challenging personal circumstances, King has made his most accomplished work to date. One of his biggest fans – and album producer – Dan Auerbach, exclaimed. “Music runs so deep in Marcus’ blood he might not even realise how born to do this he is. He’s the real deal.”

King has been an outlier from the very beginning. A fourth-generation musician from Greenville, SC, who learned guitar at age 3 from his blues rock musician father Marvin King. He navigated troublesome school years to quickly become known as one of the most promising young artists of our time. He followed his breakout success with The Marcus King Band, with his Auerbach produced 2020 solo album debut, El Dorado. It garnered a GRAMMY® Award nomination in the category of “Best Americana Album” and critical praise from NPR to Rolling Stone.

King will continue to tear up the rulebook with the release Young Blood, redefining the route to modern rock stardom with a timeless sound and a singular voice, equal parts grease and grit, set to soon establish him as one of the most soulful vocalists of his generation.

Marcus King is currently on a world tour with headline dates across the US, UK and Europe. He has just announced a further huge run of shows across the USA for the autumn including two nights at New York’s Beacon, Nashville’s legendary Ryman and Atlanta’s Tabernacle. For more information please visit: https://MK.lnk.to/tour 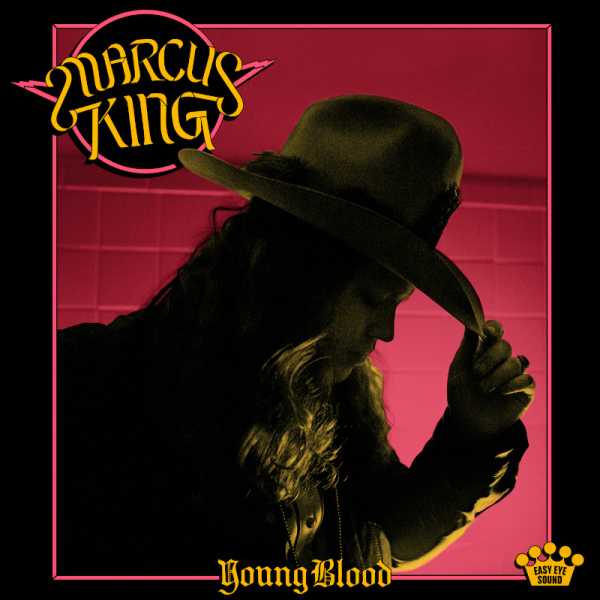