A perfect pre-party soundtrack with attitude and guts galore

Mammoth Mammoth have something of an interesting history behind them. Hailing from Melbourne, Australia, they’ve had their first ever video banned for using genuine vintage pornography, brawled their way through several pubs, and even survived a shoot-up in a strip club. That this is now their 4th studio album is impressive – if only that they’ve managed to survive long enough to make it in the first place.

Sonically, they’re an assault weapon – blending in stoner riffage with punk attitude and a little bit of prog strewn about just for laughs. It’s a big sound, but they’ve got the cojones to carry it off, and the result is an album that’s a sort of sprawling, louche beast of a thing.

However, I have a feeling that this album is going to be a very divisive one. While the riffs are big, and everything’s delivered very well down the drawling, gravelly vocal, there’s nothing particularly original about it. And that’s why it’ll be divisive.

For some people, originality isn’t the point – it’s about the vibe, and the fun. Well, if you’re in that camp you’ll love it. It’s a perfect pre-party soundtrack with attitude and guts galore. Tracks like ‘Hole in the Head’ and ‘Kickin’ my Dog’ will get your boots stomping and put a big grin on your face without any question. I should also mention, in particular, the Kylie Minogue cover – while ‘Can’t Get You Out Of My Head’ shouldn’t work, it does (albeit with a couple of lyrical tweaks here and there).

For others, though – it’s all been done before, and to make that side of things worse the production isn’t quite there, either. The guitars have a tendency to dominate everything else, pushing the vocal into the background and I really struggled to pick the bass out of the mix at all. The songs are very much all of a kind, too – if you like it, that’s great, but if it’s not your bag then you’ll be disappointed.

The saving grace is the pure energy that the band throw into the performance – the rough production leaves just enough grit to the performance that it has an almost ‘live’ vibe to it. There’s a swagger that sticks two fingers up to the doubters and basically suggests that the band really couldn’t give two hoots what you think – they’re going out there to play hard rock, drink lots of beers, and probably get into a fight at the end of the night. Overall, it’s a solid album, but not one that’s likely to catapult the band into the limelight just yet. 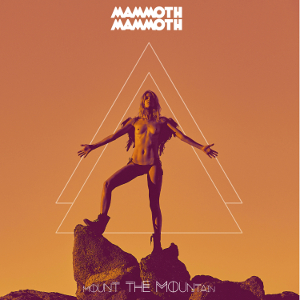