Malossi, a four-piece Norwegian rock band from the dark, sinister forests of the Swedish borders, emerge with the snappily titled ‘Blank Barter’, their first album sung entirely in their native dialect and hey, why shouldn’t they. No-one badgered Zeppelin to sing in Gaelic did they!

So, the PR blurb tells us that album contains “a small slice of American desert and a big chunk of Norwegian rural culture”. Now, my Norwegian is a tad rusty so I’ll have to take their word for it but what I do know is that, with it being a Germanic language, it has a certain pragmatic inherent aggression to it (but who knows, they could be singing about unicorns and ice cream). It also sounds very quirky and a lot of fun. The music, as rocking and fuzzed as it is, backs this up too. Oh yeah, and the blurb also mentions mopeds held together with duct tape and an old man with a bag…I kind of ignored that and just pressed play.

‘Far Hass Knut’ get’s the ball rolling with a Kyuss-influenced blast of desert rock. The bass rumbles and the guitars roar away deep in the mix. A faint touch of harmonica adds shades of blue (or a shade of blues)..so far so good. ‘Kje Med Are’ adds hints of doom and some swirling keys to the party. Twin lead guitars circle overhead before dive-bombing back into the central riff.

‘Kløpp Dreieventiln’ (see above) sounds like a stoner incarnation of early Whitesnake. There’s a bit of slide guitar in there and a nice, concise, Hendrix-y solo. Kudos to drummer Øyvind Minsaas, he’s so good here that he almost distracts you from everything else that’s going down.

And on we go, songs are uniformly rocking. There’s a great deal more of that cool twin guitar stuff and several spoken word moments – they could be utterly profound or they may be gibberish, who knows…it sounds cool though. Huge riffs collapse in upon themselves and re-arrange, distortion is of the speaker-rattling ilk. Drones, they’re popular too – ‘Tusen Mål Jord’ has a huge one, full of hefty crunch. It also has loose, lubricated funk in there too. Oh yeah, and let’s not forget the strange, spacey trumpet solo. Malossi aren’t afraid to mix things up a bit.

‘Tomt Prat’ has crushing riffage – a bell tolls ominously. No, I’m not being florid here, it actually does. And it reappears at the songs epic and very noisy indeed, feedback-laced finale. ‘Flatneavan’ could, indeed, flatten a van, or anything else put in it’s path. I’m not going there, there will not be a viking analogy in this review, but this riffage, that leaves you breathless and beaten, most assuredly does come from the land of the ice and snow, where the….

We finish with the everything but the kitchen sink epic, ‘Drømmer På Boks’, which has a bit of everything that’s made this album great – more blues harp and some upright bass, huge, nasty powerchords, more acoustic blues, another spoken word moment and a motorik riff-fest to finish…and then away they fade, jamming off into the horizon.

This is a fine album. Recorded before the pandemic, the band waited until the time was right to release this and a release it very much is – loud, joyous, pissed off(?) and never anything less that 100% committed to rocking out. Grab yourself a horn of ale and enjoy. 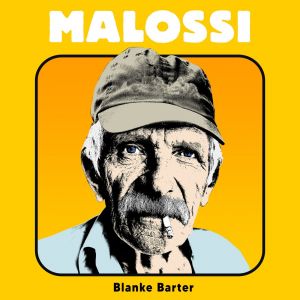