‘Come Together’, by the cunningly named Malone Sibun, is a summit meeting, an, ahem, coming together of simpatico minds and talents. American blues rock singer Marcus Malone has joined forces with Brit guitarist Innes Sibun (who has worked with luminaries such as Mr. Robert of Plant) and crafted a solid album of accessible blues rock.

So, let’s get down to brass tacks. Or songs as they’re otherwise known. The title track (and not the Beatles song) kicks off with big old drums and a swirl of Hammond organ, paving the way for a funky rocking riff. The production is very good – roomy and expansive. Sibun’s solo, when it arrives, is very classy indeed. So far, so good.

‘Let Me Love You’ has definite shades of Zeppelin in it’s riff, along with some warm, cloudy slide guitar. Zep is clearly an influence for Malone Sibun, their towering influence appearing sporadically, from big stop/start riffs to the wonderful acoustic/electric, mandolin soaked, Zep III dynamics of ‘A Taste Of Your Love’.

What else have we got then, I hear you cry. Well,soul for starters, quite a lot of it. Bluesy soul and gospel. There is a definite mellow 70’s solo Clapton vibe to the solo and backing vocals of ‘I Want You Back’. Plus it does that thing where it fades out…and then reappears…twice.

‘Jodie’ is a blast of roadhouse rock ‘n roll, with a Stonesy side order of country…and a half inched dollop of Dave Edmund’s ‘Queen Of Hearts’. There’s also an obligatory slow blues and lashings more soulful AOR. There’s boogie, Jimmy Page string bending and a hint of Bob Seger – minus the grit.

‘Rabbit Hole’ stands out from the workmanlike crowd. It’s odder, unclassifiable even, and all the better for it. If they are to be an ongoing concern they should absolutely continue down this particular rabbit hole.

We end by going down to the river so beloved of Al Green with 5 minutes of lush, gospelly sweet soul music. So there we go – accessible, journeyman, workmanlike – these words litter this review and that’s surely no coincidence. It’s a good album. Nice. There’s nothing wrong with it, it’s well written, produced and performed stuff. But you’ve heard it’s ilk a million times – sometimes better, sometimes worse, but always very similar. It doesn’t cause offence, but then nor does it take risks or stick it’s neck out. And that way can lie greatness.

Released on 31 January 2020 by Redline Music 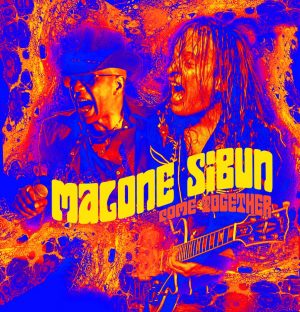