Five years in the making, I s’pose 76 minutes isn’t too much to ask of listeners to Maïeutiste’s debut album is it? Ambitious? Of course. Albums around this length too often fall foul of the band’s overzealous efforts to defiantly demonstrate to some imaginary audience how good they are. And though they may be technically adept, tighter than the airlock on a space station, and well-versed in as many styles, genres and subgenres than the most avid and elitist of music collectors can spout in one minute, the music is where they fail. Not so for Maïeutiste’s first full length because somehow they’ve managed to rise far above all those Frankenstein’s monsterworks with an album that is outstanding throughout.

A strangely captivating piece, opener ‘Introductions…’ slowly takes shape over its four minutes and subtly foreshadows what we are to hear. The first of the album’s three sections, entitled ‘Eveil’, the juxtaposition of a melancholic acoustic guitar, distorted melodies and discordancy is subtle, the restraint enough to intrigue before black metal ferocity bursts forth with ‘…in the Mirror…’. Blast beats, trem-picked riffs and scowling vocals, we face a two minute barrage before we are dragged into a torpid maelstrom of agony, torment and suffering. Impressively orchestrated, it’s an imposing track and one that plots an arduous path strewn with as much melody and malevolence as it is might.

‘Reflect / Disappear’ begins with a fairly banal progression and performance and it’s only when the band turn to the dark and the savage that it picks up. So far, so impressive. Closing with some disorientating guitar harmonies, it makes for an apt segue into the brief tumbling drums that open the phenomenal ‘Purgatoire’. A dark place decorated with a haunting chorus, an acoustic guitar and deep resonating strings, here, the album shifts up a notch. Already, Maïeutiste have achieved more than most bands can hope to accomplish on a whole album but before part 2 – ‘Chute’ – begins, the band have set the bar pretty high.

This is the point in those “ambitious” albums where, if they haven’t already, cracks start appearing. So what do Maïeutiste do? They rise to their full height and cast stone after gigantic stone down upon us with ‘The Fall’, its black metal battery shaped and shaded with a number of unconventional twists in its otherwise direct attack. Like ‘Purgatoire’, ‘Absolution’ takes the album in a completely different direction with jazz leading the fray to provide some David Lynch-style headfuckery. At nine minutes, the black metal gallop of ‘The Eye of Maieutic Art’ is ferocious, the use of melody in its last few minutes adding a beautiful texture that heightens the anticipation for part 3, ‘Élévation’.

And just as you think you’ve seen every side of the band, ‘Lifeless Visions’ drags the tempo down for a doom-dominated track of immeasurable heft. ‘Death to Free Thinkers’ ramps up the jazz and experimental stakes for an atmospheric and chillingly captivating piece that on any other album would feel completely out of place. And with the blues-tinged Pink Floyd-esque ‘Annonciation’ to close the three-part set, Maieutiste show us just how good – very good – they are. Adept musicians, tight, focussed, and knowing exactly how to balance the bleak with the blackened, the atmospheric with the melancholic, and the full-on frontal assault with the emotionally deep and complex. Closing track ‘Death to Socrates’ (a reference to their 2007 demo Socratic Black Metal?) is eleven minutes of black barbarity and leaves us utterly floored at such a magnificent album.

An album difficult to find fault with, there are times when it feels flat and drawn out – most songs are between six and eleven minutes long – and so it’s only flaw is its length. 76 minutes is a lot to ask of any listener, but in this case it’s time very well spent. Maïeutiste have crafted an impressive piece of work and so whatever flaws this work may have are far outweighed by its merits. That it’s so long works both for and against it, but whether you imbibe this blackened bile in one sitting or one section at a time, its effect is no less satisfying. 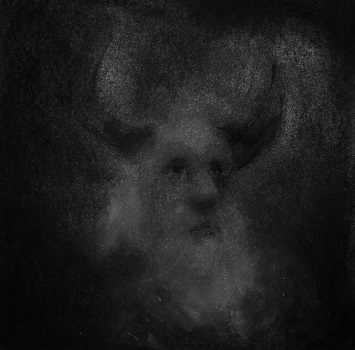