Superlatives are not enough to praise this album which is no less but a phenomenal masterpiece! If you know the name Magnus Karlsson, you will know what to expect — and your expectations will most likely be exceeded. If you are not familiar with this musician’s name, you may want to fill the gap in your knowledge – you will definitely not regret it!

Known to the wide public as a member of Primal Fear, Karlsson has also been gathering substantial following over the years through his own projects. ‘We Are The Night’ encompasses his extensive presence on the progressive metal scene not just in Scandinavia but on worldwide level as a whole. It comes as no surprise, therefore, to see the pleiade of astonishing vocalists who have taken part in this project, which is yet another reason making it an absolute must listen to. Added to the powerful music, deep multilevel compositions and elaborate instrumentation, this makes it, from start to finish, a captivating and breathtaking experience with symphonic orchestrations and choral vocal back vocals being the canvas on the album throughout its entirety.

‘Hold Your Fire’ gives the album an epic and lyrical start, only to explode in high quality progressive power. If this were a regular band, it would have only been comparable with the likes of Symphony X: the music is that multidimensional and purely brilliant. This is not an ordinary band, though. The nearest to explaining what Free Fall is about is calling them a supergroup, as the range of partnering singers is nearly as epic as the one deployed by projects such as the Transsiberian Orchestra, for instance.

From the first track, you will be captured by the mesmerising vocal work of Dino Jelusick, a scarily young singer whose voice I found impossible to believe: there is such staggering resemblance with Russell Allen, one of Karlsson’s usual suspects who’d typically be expected to take part in a project like this.

Each one of the vocalists has their own extensive career. Here, they are equal partners and there is no competition over who gives a better performance; they are all part of one big whole. The amazing thing is that they don’t sound like guest stars either: they are equal parts of one big, perfectly put together mechanism. Passion, power and talent ooze through each note they sing, and through each instruments’ work. Although they are professionals with their own projects and careers, unique talents in their own rights, here they unite their strengths to deliver a most powerful performance. Their vocal differences can only be found in the subtle tastes they give to the project, like Romero’s specific hoarse sounding edge to his singing, or Karlsson’s mellowness softening up the raw power of his overwhelming music.

If you are a fan of Karlsson from his work with Russell Allen and Jorn Lande, be prepared for a leap: Free Fall is much more than you have heard before. This album explains why Karlsson gave up on that project which he eventually found was becoming a bit “fabricated”. It is now perfectly clear what he meant by that: the simplicity of Allen/Lande’s tracks must have been holding him back from releasing his full potential, which now fully shines in ‘We Are The Night’. This doesn’t mean there is no connection at all with that era (with ‘All The Way To The Stars’ being closest to the Allen and Lande songs), but everything achieved in that collaboration has been taken up to the highest possible level.

Singling out any of the vocalists in this project feels unfair, as they have all done such a brilliant job. They are all fully fledged vocal phenomena on the present metal scene, yet I suspect that each one of us, the listeners, will probably end up having our own favourites. Having been closely following the high flying career of Ronnie Romero, the Brazilian sensation whose star rose with Ritchie Blackmore’s Rainbow, I cannot help but play ‘One By One’ over and over again. ‘All The Way To The Stars’ delivered by Cloudscape’s Mike Andersson, on the other hand, is a track that sticks into my mind and his crescendo makes it a pleasure to rewind it times on end. Listening to Noora Louhimo, too, is something else, with her classical crystalness and femininity. And the list goes on: each song is a feist for all your music senses.

A particular delight is ‘On My Way Back’, a fantastic instrumental track that could easily feature into one of Symphony X’s albums: it is that deep, elaborate and perfect. The lyrical melody prepares the listener for the final track which is just as beautiful, reminding us of the stamp that Tony Martin left on Black Sabbath’s heritage with his mellow and emotional vocals.

Needless to say, you should also prepare yourself for unmissable bombastic intros, some of which start deceivingly softly (‘Dreams And Scars’ starts off with a beautiful cello, for instance, only to be promptly followed by heavy rhythms and soaring metal scream).

Elaborate guitar solos are another mandatory strength of this album: from Black Sabbath style delivered by Martin in ‘Far From Over’, to Yngwie style in ‘Temples And Towers’. But, really, there is no point in even trying to draw comparisons or talk about influences here: Karlsson is a bright star in his own rights and, if anything, is becoming the influencer rather than being a follower.

This masterpiece takes Karlsson’s career to a new level that we didn’t know even existed! 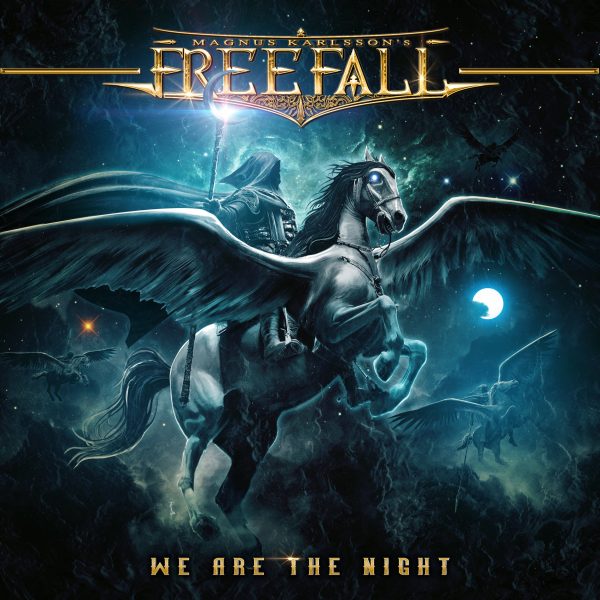