Norwegian band Magister Templi have produced a cracking album, full of myth and legend. This could be called a concept album, but it’s more a telling of a number of stories that, if you are a fan of the likes of Atlantean Kodex or Pagan Altar, should be right up your street. Into Duat takes us to a different area of subject matter from the previous releases, with emphasis is on Egyptian Mythology rather than the works of Aleister Crowley, but the musical style still follows through. Frontman Abraxas produces excellent vocals throughout the eight tracks on offer and the music is very accessible.

From the opener ‘Creation’, the riffs are solid and the music works with the flowing lyrics which are so well delivered. The haunting guitars laid over the top of some sections of the track are perfect. Across the album, there are some nice variations in the pace here and there and in the delivery, and some songs weave in very different directions to how they begin. For instance, the excellent ‘Horus The Avenger’ turns into an altogether more beastly tune than it’s slow deliberate introduction.

Stand-out tracks here are ‘Sobek’ – which is in good company on this release with catchy riffs and hooks – and the excellent closer ‘Destruction’. But the one that draws me back over and over again is ‘Slaying Apophis’, a ripping track from start to finish with a very catchy main riff and some terrific vocals with a story-telling nature. The pounding drums in the mid-section seem to just kick in effortlessly and add to the sound the guys are trying to achieve. The band sounding like a tight knit unit with each member playing their part to create something worthwhile, and with music that has a theatrical element, Magister Templi occasionally remind me of Hell.

There may be some that look on the production of this album as being a little old and dull rather than the very clean production on a lot of modern metal albums, but I think it fits here and doesn’t detract from the listening enjoyment of the music at all. Aspects such as the backing vocals on ‘Anubis’ and a number of other tracks go a long way to creating more depth for the tracks. Chanting included, everything helps transport you to the time and place in Abraxas lyrics, which is wonderful.

This band may be underground, but an album of this quality should be heard. Having seen Magister Templi live recently the new album tracks sounded huge, and the band is terrific live, allowing the songs to breathe and take on a life of their own, being carefully guided by Abraxas, you may not be familiar with their work, go and check out this album. 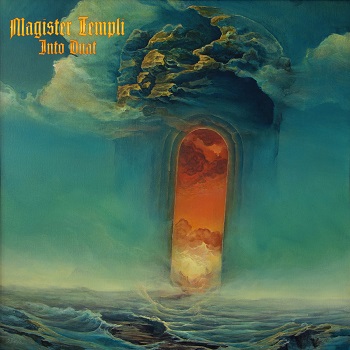