It’s always a pleasure to see Magenta back at the Robin, even more so after the issues that the band have faced over the last couple of years. There was a very good crowd in the Robin to see this, their first show at the venue for nearly two years. At first there was something of a subdued atmosphere, with the news about Yes bassist Chris Squire’s untimely death having broken only a few hours earlier.

Unusually for a Magenta gig at the Robin, there was a support; Pete Jones, a solo musician. Blind almost since birth he accompanies himself on guitar and piano, often both at once, which is something I’ve not seen very often. The guitar is on a stand, laid flat over the keyboard, played using the tapping technique with one hand while playing piano with the other, and I might add he also has an excellent singing voice, at times reminiscent of John Wetton. It was an enjoyable set, although at times the songs could have done with a little more variation, with the honourable exception of ‘the Merry Vicar’, which is a brilliantly overblown piece of pomp and circumstance, somehow blending Gilbert and Sullivan with Jake Thackray. Great stuff, and anyone who is influenced by Jake Thackray is just fine with me.

Rather than their usual entrance of an intro tape, the members of Magenta had decided to mark the passing of Chris Squire in their own way, and so at the beginning of the set, the four male members, Chris Fry on guitar, Dan Nelson on bass, Steve Roberts on drums and Rob Reed on keys, played their own version of Yes’ instrumental ‘Cinema’, which was excellently played and a great way of honouring the memory of such an influential figure. After that, singer Christina Booth entered the fray and the band went straight into what has become their customary set opener over the last few years, ‘Glitterball’. First impressions were that the band is in ridiculously good form considering they’d played barely half a dozen gigs over the previous couple of years, and that they seemed to be delighted to be playing live again, relaxed and joking around. This sense of enjoyment was clear throughout the set, with the band trying to teach the crowd the clapping part to ‘The Lizard King’, with mock desperation, and then Chris Fry playing the opening sequence of ‘Demons’ while sat at the edge of the stage, continuing the song while lying down, and then at the end handing his guitar to someone in the front row before appearing to vanish into the crowd for a chat with a familiar face.

After ‘Glitterball’, it was ‘Gluttony’, appropriately a song clearly influenced by Yes, and then, to my absolute delight, this moved straight into ‘I’m Alive’, restored to the set after a few year’s absence and in my humble view, a song that shows them at their absolute best. It was interesting that, in a set that included several songs about death and related subjects, ‘I’m Alive was followed by Christina’s only reference to her illness, and an indirect one at that, when she mentioned that we should treasure being alive. I found this mildly ironic as a lot of the rest of the set was made up of songs about death, particularly those from the band’s last album, ‘The Twenty Seven Club’.

Personal favourites aside, though, there was so much to enjoy in the set as a whole. The extended instrumental break in ‘Lust’, for example, was absolutely glorious, and certainly didn’t sound like a band who’d played so rarely recently, and they also had the confidence to include in the set songs that either hadn’t been played live for a while or even at all. ‘Devil At The Crossroads’ was an excellent example of this, and fitted into the set so well you had to ask why it took so long to be introduced.

Earlier this year, Rob Reed and Christina Booth had recorded a vocal version of Steve Hackett’s ‘Spectral Mornings’ for a charity download single in aid of research into Parkinson’s Disease, alongside Nick Beggs , Nick D’Virgilio of Spock’s Beard, Hackett himself and David Longdon of Big Big Train. Longdon had performed the song with the band the previous night, and, as is only right and proper, he wanted to perform it at the Robin as well (he is a Shrewsbury man after all). It was spellbinding, superbly sung and played, and emotional in the best possible way. All charity songs should be this good.

The remainder of the set was Magenta back with their serious prog hats on for two lengthy pieces, a mesmerising ‘Metamorphosis’ to end the main set and fan favourite ‘The White Witch’ as an encore. This had been a fine, fine evening’s music by a band who should be ranked as one of the very best this country has to offer. It was terrific to see Christina in such fine form, and, as ever, I can only urge the band to hit the road on a more regular basis, because shows this good are exactly what the scene needs. The next chance to see the band in the Midlands is on November 21st, at Leamington Assembly, when they, alongside the rather fine Lonely Robot, will support Touchstone at their farewell gig. 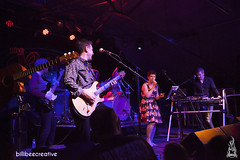 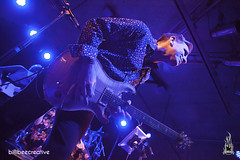 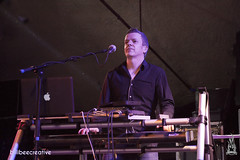 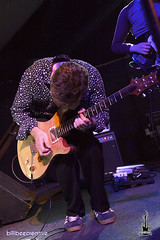 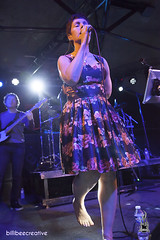 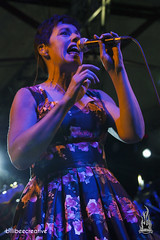 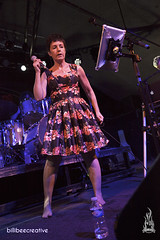 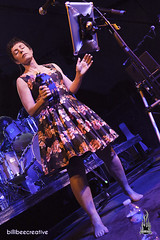 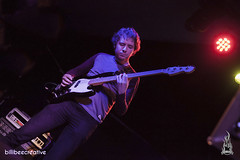 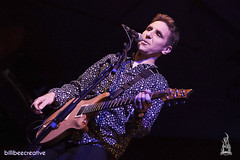 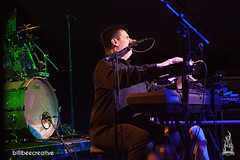 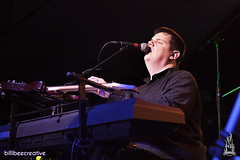