Anyone who knows their Lynyrd Skynyrd history will marvel at how they’ve rolled with the punches over the years. Soldiering on in the face of adversity their career is a lesson in resilience and Nothing Comes Easy (1991-2012) collects four of their post-reformation albums (plus a bonus disc) to illustrate why they’re the undisputed kings of Southern rock

Their first album since the infamous 1977 plane crash that claimed the lives of three key members, Lynyrd Skynyrd 1991 found a band defiantly reborn. The weight of what came before meant that there was a big expectation for Skynyrd to deliver and the opening bars of ‘Smokestack Lightning’ blew away any doubts. With that classic Southern twang on the guitar and the rhythm section running riot it’s obvious that this was a Skynyrd looking to the future. Of course having Johnny Van Zant as vocalist (younger brother of original singer Ronnie) ensures a continuity of sorts and he shares similar vocal inflections, especially on the bluesy ‘Keeping The Faith’.

From the aforementioned ‘Smokestack Lightning’ to the fading bars of ‘End Of The Road’ this is a life affirming album that renders Skynyrd a contemporary force. In between we get a groovy ‘I’ve Seen Enough’, the hopped up honky tonk of ‘Good Thing’ and a bluesy ‘Backstreet Crawler’. However, one area where it falls a little short is in its lyricism. Skynyrd’s lyrics always had a cutting edge (‘Gimme Back My Bullets’ could have alienated their whole fanbase) yet here they’re written to a formula: it’s cut-throat managers, southern women and personal adversity which is all well and good but it’s a path that’s been well trodden.

In a brave move Lynyrd Skynyrd 1991 is the sound of a band moving forward with not much in the way of nostalgia and, consequently, it still sounds fresh and vibrant in 2021.

You have to take your Stetson off to Lynyrd Skynyrd: they sure know how to write a strong opener and they don’t come much more muscular than ‘Good Lovin’s Hard To Find’. In fact the whole The Last Rebel takes all that was good about its predecessor and amps it up a notch. Overall, they sound more sure footed and confident and it seeps through every note of tracks like ‘One Thing’ and the gospel leaning ‘Can’t Take That Away’. The production here is big and brash while a brass section has replaced the female backing vocalists which is yet another bold step away from their illustrious past.

‘The Last Rebel’ attempts to replicate the epic nature of ‘Freebird’ (and damn near succeeds) while ‘Get Outta Hell In My Dodge’ gets low down and dirty. Southern rock doesn’t get much better than this and tracks like ‘South Of Heaven’ and ‘Love Don’t Always Come Easy’ illustrate why Skynyrd are the main propagators. Three tracks are added as bonus cuts including an acoustic version of ‘The Last Rebel’ which, stripped back and bare, renders it even more haunting and is the perfect vehicle for Johnny’s whiskey-croak. Closing the disc is an edited ‘Born To Run’ which becomes more immediate and vital in its shortened form.

Another step towards the future The Last Rebel is a solid album that keeps its focus directly ahead while paying due respect to the past.

Originally released by Roadrunner Records in 2009 God & Guns found Skynyrd moving onwards. At this point in time guitarist Gary Rossington was the sole original member and if God & Guns sounds like a different band that’s because it pretty much is. ‘Still Unbroken’ is a musical uppercut that gets the album off to a rowdy start and there’s a new Nashville country vibe oiling the sound that gives proceedings a real swing. Despite the country kick there’s nothing really groundbreaking going on here but, nevertheless, it’s a fun filled romp through the joys of Southern Rock.

However, Lynyrd Skynyrd haven’t really upped their songwriting game. It’s a common bugbear but it’s worth reiterating, the band have painted themselves into a corner; the songs here are formulaic and mainly hark back to some golden mythical age (‘Simple Life’), Southern culture (‘Southern Ways’) and occasionally verge into cringe-worthy chest beating (‘That Ain’t My America’). There once was a thought provoking, discussion evoking and double edged element to Skynyrd’s lyricism in a song like (for example) the anti-firearm ‘Saturday Night Special’ but that’s been replaced by the title track which spells its message clearly and draws a definite line in the sand.

A six song, half studio and half live release that came as a bonus disc with the God & Guns album and the first thing to note is the strength of the studio cuts. Unlike some albums which clobber together any old out takes as a means of shifting a few more copies this disc holds up really well. ‘Bang Bang’ and ‘Hobo Kinda Man’ could easily slot straight into the parent album and groove with that same country slide guitar. The three live tracks require little introduction and are faithfully reproduced with ‘Call Me The Breeze’ being especially feisty and ‘Sweet Home Alabama’ (as you’d expect) raising the roof.

Last Of A Dyin’ Breed hit the streets in 2012 and was billed as the bands final studio album and, if it does prove to be Skynyrd’s swansong then they’re bowing out on a high. With plenty of slide guitar overlaying some powerhouse drumming the title track is a real stomper. Not resting on their laurels it’s another record that sets its sights on the future and (rather surprisingly) features guitarist John 5 (Marilyn Manson/Dave Lee Roth). It’s an addition that’s steered Skynyrd away from country rock towards a more direct, hard edged sound, and I must say it’s a vast improvement. Aided by a bold production ‘Homegrown’ and ‘Mississippi Blood’ are punchy numbers that land some hard body blows.

Hard yet lithe Last Of A Dyin’ Breed is akin to a heavyweight boxer dancing round a ring but there’s plenty of variety on offer from the tub thumping ‘Good Teacher’ to acoustic closer ‘Start Livin’ Life Again’. Six bonus tracks complete this disc and, again, there’s no sense of a band scraping the bottom of the barrel. Any of the studio tracks could easily interchange with those on Last Of A Dyin’ Breed and I’m assuming they were left off due to time constraints. Two live tracks close the disc in the shape of ‘Skynyrd Nation’ and ‘Gimme Three Steps’, the antiquated and the modern which encapsulates the majesty of this box set. 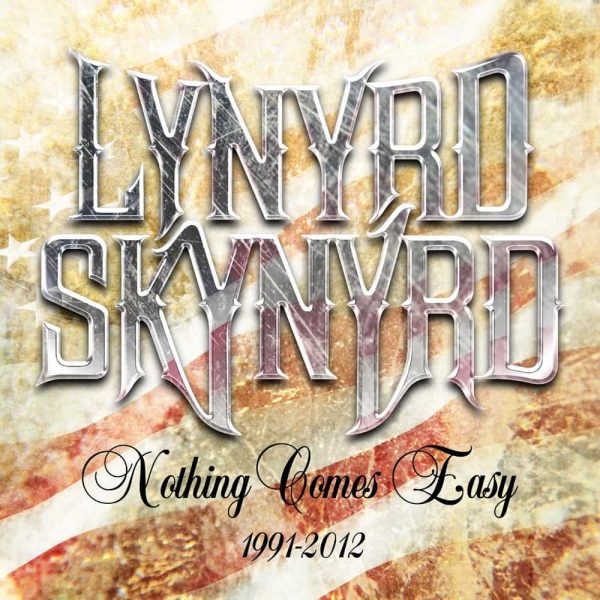