Following on from the universal acclaim of their latest LP Le Ceneri Di Heliodoro, Rome releases one of the most impressive releases in its prolific career of 15 years. The Lone Furrow is the logical culmination of their previous endeavors, a brilliant and patient demolition of the despiritualized modern age, timeless in its critique of man’s greed and the deliberate desecration of beautiful things.

Rome is back to fearlessly settle accounts of the spirit, with that grave trademark voice, whose tone can be likened to a wise-man’s oracle, deepened by countless cigars and pools of stout, or, at times, a Stuka bomber nose-diving into dry gravel.

Rome’s art always stays slightly beyond the pale and Reuter certainly is what the mainstream would call a joyous outsider. The Lone Furrow is a mordant, clear-eyed critique of the modern world, spun with the delicacy of a spiderweb; a journey through the ravaged landscapes of history; a spiritual quest weaving a unique poetry of withdrawal from the troubling world into distant retreats.

And yet, at the same time, this collection of remarkable compositions is a generous invitation to a great European Tradition of literary thought from Hesse to Nietzsche, from Tacitus to Orwell, from Ovid to the Edda, from Yeats to Baudelaire.

Rome is a dark world that glows with the intensity of Jerome’s remarkable gift for language. Its multilingual nature has always been an essential part of Rome – certainly in its sample work – and Reuter is showcasing this by singing (mainly) in English but including songs in French and German on The Lone Furrow as well.

At the centre of these songs we find the individual mediating between a sense of history and an experience of the world. Rome illuminates us on the fact that art is to make our world whole and comprehensible, restoring it to us in all its glory and all its darkness, not through argument but through feeling and thus closing the gap between individuals and thus transcending from feeling to meaning. In this way, art can reconcile us to human life through the pursuit and cultivation of beauty.

On The Lone Furrow Rome weaves a fantastical tale in which gods and men alike ache and tremble, and which reminds us that the world is much larger than our ideas of it, our traditions much deeper than we imagine. Most importantly, Rome refuses the easy answer. 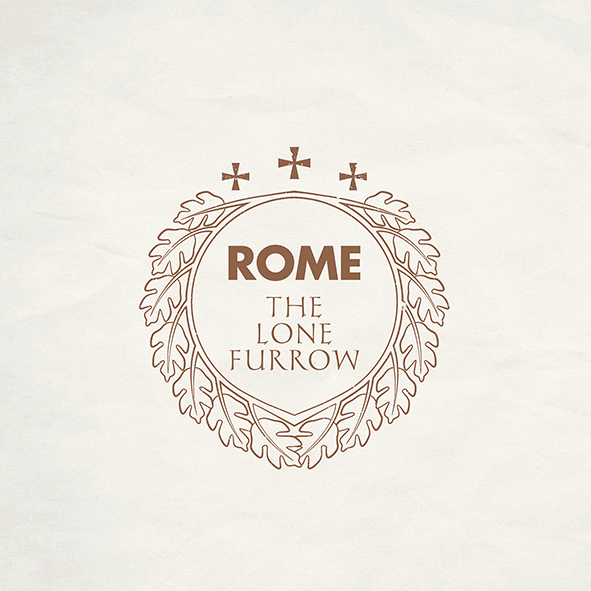