From the land of the rising sun come the five iron maidens collectively known as Lovebites.  With a Japanese work ethic they’ve achieved a lot in their short history including picking up a Metal Hammer Golden God award for best newcomer followed by triumphant sets at Wacken, Download and Bloodstock. Since dropping their debut EP in May 2017 they’ve released a further EP and, with the latest long player Electric Pentagram, three albums. Much has been made of the bands love of heavy metal and you can hear homages to their peers peppered throughout, but Lovebites have a unique groove and on Electric Pentagram they’re rocking it harder than ever.

Thunderclaps against a backdrop of ethereal keys herald the arrival of ‘Thunder Vengeance’ before scything guitars arrive like lightning bolts to break the spell. It races out of the blocks, like all good openers should, with pedal pressed firmly to the floor, inviting the listener to buckle up for a bumpy ride. Something of a musical maelstrom, guitar riffs fire with machine gun rapidity, drums roll, cymbals crack like whips, furious solos erupt and vocalist Asami’s siren scream floats atop. The central riff rolls like a Panzer Division scorching the earth yet this warlike ferocity is tempered by strong harmonies and hooks that render the song extremely catchy. Hardly pausing for breath the grandiose ‘Holy War’ arrives and, armed with a full, punchy sound it’s immediately obvious, from the music and lyrical bent, that this is a darker, moodier Lovebites. 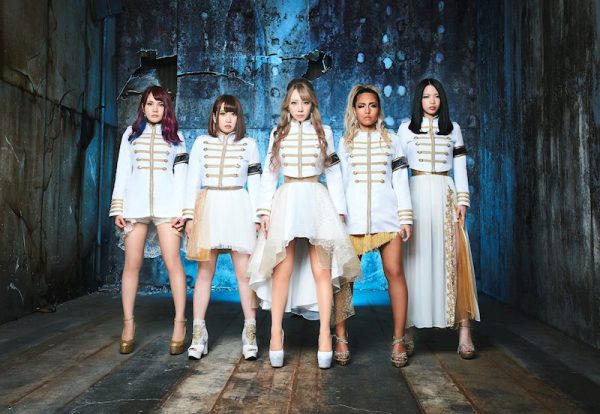 ‘Golden Destination’ begins with that classic Iron Maiden gallop but Lovebites soon turn it into a stampede and, played with a joie de vivre, it’s rollicking good fun and a real celebration of metal. Guitarists Midori and Miyako trade blistering solos and attack in unison with pummelling riffs like Messrs Murray and Smith in their prime as the song conjures echoes of Piece of Mind era Maiden. Living up to its title ‘Raise Some Hell’ follows and, with screaming guitars, it’s a full on fist-in-the-air, needle-in-the-red metal fest. Very air guitar inducing, the shredding mid song threatens to break the speed barrier and it’s sure to transfer well to the live environment. Powered by drummer Haruna, a blur of sticks, and underpinned by bassist Miho ‘When Destinies Align’ is an earth-shaking, evocative earworm that, in the best traditions of power and symphonic metal, is very uplifting (and be sure to check out the cool video).

The soundtrack to a nuclear winter ‘A Frozen Serenade’ is a cold and brittle, yet soulful, affair that trades speed for emotion. The acoustic mid section evidences a nice use of light and shade, but this being Lovebites the girls can’t resist an opportunity to solo and ensures the track builds to a huge crescendo. Another groove laden song comes in the shape of ‘Dancing With The Devil’ and there’s a real neon-soaked Sunset Strip, almost glam vibe going on. Asami’s voice has matured and here she sounds like a sultry Mariska Veres (from Shocking Blue) which perfectly fits the street level atmospherics. It’s back to the high octane metal for the effervescent ‘Signs Of Deliverance’, a neat hybrid of NWOBHM and European power metal, a track that seems to spiral upwards. ‘Set The World On Fire’ arrives like a nuclear bombardment and thrashes like classic Exodus with that trademark Bay Area crunch. Each riff is detonated like a bomb as the time changes are interspersed with spiky, amphetamine charged guitar solos and it’s a twin guitar attack that goes straight for the throat, no holds barred, as the duo run rings around the listener.

On ‘The Unbroken’ Haruna delivers hypnotic drum patterns like Alex Van Halen as the guitar riff rises and falls with the vocal lines and the whole song has a virtuosity that’s not dissimilar to Women and Children First and Fair Warning. Album closer ‘Swan Song’ ensures we depart as we entered with plenty of soloing and impossible beats per minute while some choral like voices suggests we’re in for a cataclysmic conclusion yet Miyako adds some keys that run counter to the song until all that’s left is a haunting piano allegro that delivers a sombre, questioning finale.

By staying true to their original vision yet incorporating other genres of heavy metal, Lovebites have produced an album in Electric Pentagram that’s sure to please their fan base whilst attracting legions of new devotees. When, at every concert, Asami screams: “We’re Lovebites and we play heavy metal” she’s not lying. 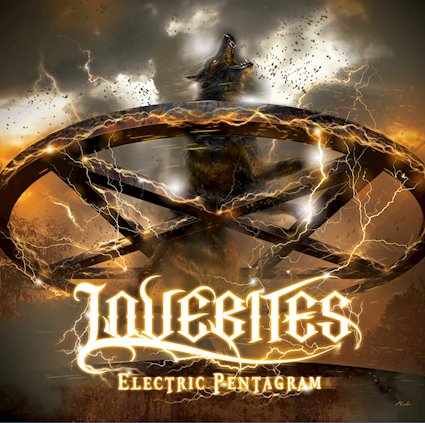