Reviewed by Brian McGowan. Released by Ear Music on 26 January 2017.

Unlike so many bands who have recorded multiple albums, then lazily settled for a clinical re-enactment of their best stuff, plagiarising and parodying themselves time and again, hoping that no one notices, Loudness (on their 27th album now) continually refresh their heavy metal music. Members have come and gone – and come back again, always welcomed by father figure founder, guitarist and songwriter in chief, Akira Takasaki, like prodigal sons. And each change adds a new layer, building on the past as the future comes down the road toward us at an alarming rate.

Still, Rise To Glory is no post-modern, heavy metal freakout full of sonic improvisation – it still sounds like Loudness. Takasaki keeps a tight rein on everything, though on on some of the more minor compositions – like ‘The Voice’ and ‘Rain’ – you may have some doubts. Both have sturdy, steel spined choruses, but in each case the journey through the preceding verse and bridge is not so memorable.

Everywhere else they’ve carefully assimilated their influences and reprocessed them in their own image. And when they get it absolutely right – as on ‘I’m Still Alive’, ‘Go For Broke’ and the singularly focused metal anthem, ‘Soul On Fire’ – you’re mainlined into a world of industrial strength heavy metal, sparking off a swirling mix of symphonic metal moments.

That’s further emphasised by the pulse quickening, three track sequence, ‘Rise To Glory’, ‘Why And For Whom’ and ‘No Limits’, around which the album pivots. It’s a 15 minute, gear shifting adrenaline rush toward the finishing line, where Takasaki’s axe is the conductor, surrounding a trio of heartpounding hooks with a ballistic spray of armour plated riffs and detonating beats. These are the band at their best, putting aside the groove, speed and ethnic metal dalliances of the past and cementing their marriage to the notion of a wonderfully infernal noise.

The new album is doubled up with second disc, Samsara Flight, a 13 track collection of the band’s early classics, showing just how far they’ve come since their 1981 inception. The tracks were re-recorded in 2016, and the album was originally a standalone release in their home country.

On its own, it is a powerful testament to the band’s contribution to Japan’s contemporary modern culture. Both band and country have absorbed influences from Asia, Europe and North America over time, with Loudness twisting and turning the dynamics of heavy metal in a variety of directions.

A good chunk of it is taken from the band’s second album, Devil Soldier, with ‘The Lonely Prayer’, ‘Angel Dust’ and ‘Rock The Nation’ being reboots of three fresh, exciting blasts of tuneful heavy metal that had marked them out as a talent to watch. 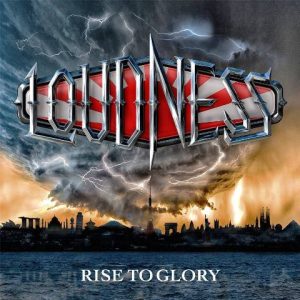 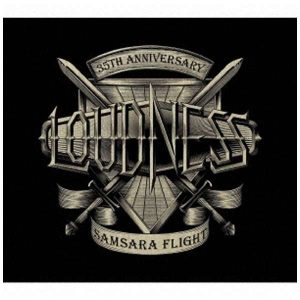