Foreigner had massive success with their 1984 Agent Provocateur album and it’s worldwide hit single ‘I Want To Know What Love is’ but tensions were running high within the band and singer Lou Gramm was feeling underappreciated. So in 1986 he hooked up with his old Black Sheep sparring partner Bruce Turgon (Bass) to start putting together ideas for his first solo album Ready Or Not which would be released in January 1987. After returning to the fold later in ’87 to record Foreigner’s next album Inside Information, Gramm eventually came back with his second solo album 1989’s Long Hard Look. Questions And Answers brings together these two Atlantic releases along with an additional CD of Single/alternative versions of some of his songs along with an interview from the time of the first release all packaged together with liner notes from journalist Malcolm Dome (Kerrang!/Classic Rock).

Opening with second single ‘Ready Or Not’ this will be musically familiar to Foreigner fans as the title track is very much within the realms of his full time job with it’s power pop riffs. This theme continues with ‘Heartache’ leaning heavily on it’s big keyboard sound. ‘Midnight Blue’ is the big hitter here and saw Gramm hit the number 5 spot in the US Top 100 and was the only one of his singles to make a small impact on the UK charts (#84) but shows that he can make a decent enough noise without the aid of his other ensemble. By the time that ‘Time’ hits the decks the band are in full swing with Nils Lofgren (Guitar) and brother Ben Gramm Jnr. (Drums) coming to the fore. It had to happen eventually and ‘If I Don’t Have You’ takes the pace down although it is far from a full on power ballad akin ‘I Want To Know What Love Is’ but is still competent effort. The family are joined by Ben Snr. on Trumpet for ‘She’s Got To Know’ with its brassy swing before ‘Arrow Thru’ Your Heart’ brings back the pounding drums and bass to funk it up a little. The contribution of Turgon can not be overstated and both his songwriting and his bass playing shine on ‘Until I Make You Mine’. ‘Chain Of Love’ and ‘Lover Come Back’ see the album out with two more acceptable Foreigner lite tunes. Although this is a great first effort It is easy to see why Gramm continued to return to the mother ship and Mick Jones’s obvious songwriting talents.

With  Long Hard Look however Gramm starts to find his own feet albeit with a little help from Peter Wolf as producer. This time he takes a more open door attitude with the band where Ben Gramm and Bruce Turgon are joined by Wolf, Vivian Campbell (Def Leppard), Dan Huff (Giant), Peter Maunu (Group 87), Pino Palladino (David Knofler/Don Henley), Gary Corbett (Cyndi Lauper) as well as Nils Lofrgren returning for a couple of songs. Although still not at the level of Foreigner there are many positive moments on this second solo release and a hint at things to come.. ‘Angel With A Dirty Face’ is a great opener with Dan Huff on guitar; it’s no ‘Urgent’ but it shows potential. Gramm even shows promise in the power ballad stakes with ‘Warmest Rising Sun’ and ‘I’ll Know When It’s Over’ but third softy and lead single ‘Just Between You And Me’ just emphasises that he is no Mick Jones and it misses the mark despite Nils Lofgren’s return on guitar. Tracks like ‘Broken Dreams’, ‘Hangin’ On My Hip’ and ‘Day One’ all benefit from the more cranked up guitar style that Campbell brings to the table. Second single ‘True Blue Love’ is a quality AOR song but Gramm seems unable to keep up this level for an entire album even with the help of his distinguished friends. The album closes with an excellent cover of The Small Faces ‘Tin Soldier’ which pays homage to Gramm’s hero Steve Marriott with Corbett on keyboards and Huff returning on guitar this is a great finale and shows what the power of Gramm’s voice can do with an awesome tune.

The third disc in the set gives two versions of ‘Lost In The Shadows (Lost Boys)’ a song written for the “Lost Boys” movie which is probably as good as anything else you will find on either of the solo albums. I’m not really sure that I need the extra three versions of ‘Ready Or Not’ which are included here especially the extended dance mix. Also included are alternate versions of ‘Midnight Blue’ and ‘True Blue Love’. The bonus disc concludes with a promo interview which took place with radio DJ Dan Neer around the time of his first solo album and gives a great incite into where Foreigner were at this point in their history. It would have been really good if the third disc could have been the album released by Lou Gramm’s next project Shadow King who were also on Atlantic as this is where the Gramm/Campbell/Turgon partnership really hit its zenith and some of these bonus tracks could then have been spread across the set.

If you don’t already own his solo material then this is a great package but if you already own these solo albums the extra material is really for completists only. Lou Gramm’s solo work is however an essential addition to any Foreigner fans collection although not up there with Double Vision or 4 you just can’t fault the quality and tone of his mans voice… a true ‘Juke Box Hero’. 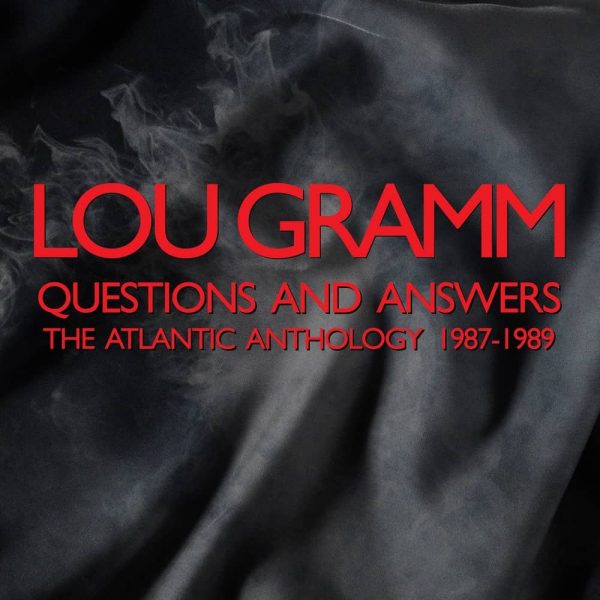