French five-piece Los Disidentes Del Sucio Motel have evolved into an impressive outfit and their latest album Polaris is set to see them extend their reach further still. There’s a lot to enjoy with LDDSM – fortunately they even use the abbreviation themselves – and on this their fourth album they brush through many genres without ever really showing the willingness to lay their hat in any one.

Atmospherics, metalcore and a distinctly chilled prog vibe all contribute to what is a a healthily large sound, the first two numbers both perching the bar at a good height. It’s a high-tempo energetic opening from LDDSM but then on ‘Blue Giant’ they suddenly withdraw into themselves with a more melancholic understated track. Even here though the percussive power looms within touching distance, occasionally revealing a little more of itself as vocalist Nicolas Foucaud sets emotions tingling.

As with so many albums now being rushed through, Polaris was written during the pandemic. At first glance you assume a song like ‘The Plague’ is a reflection on this although on closer inspection, probably not. It is though a heart-warming song, sung as all the tracks are rather helpfully in English.

Since their last album, Human Collapse, was released just over four years ago LDDSM have undergone one line-up change with Katia Jacob joining on bass/keys and backing vocals and her impact is felt throughout.

The album’s blue hue cover is of a solar eclipse and spectral awareness is a theme that prevails, an ethereal prog intro creating a cosmic setting for the mystical ‘Earthrise’. As with the album in general, this is a moment in which to lose yourself.

LDDSM are far from a full-on metal outfit, as the harmonies that lead into ‘The Key’ confirm. There’s a shade of Baroness about them although the French crew have enough about them to stand on their own feet without being held up against any others.

Polaris is an open album, you slide comfortably in to it, and the lows and highs are well cushioned together, with rarely a step missed. In keeping with the album’s broad theme, the final two numbers both lean towards more ambient atmospherics, reaching out gently into the ether before a late rush of energy on the expansive closer ‘The Great Filter’.

Released via Klonosphere Records on 2 April, 2021 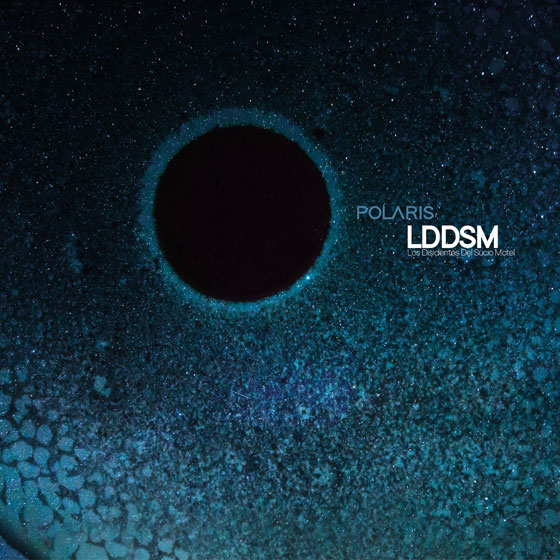