Last time I reviewed an album by Lordi, it was a ‘best of’ compilation from the last few decades of their albums with a twist – none of those albums actually existed. I reviewed it on here and was, as usual, impressed with the creativity and inventiveness of Mr Lordi. In fact, I even called for a Killection: Second Cut to hear more of the ridiculous range of songwriting that Mr Lordi is capable of. Well, this isn’t their 11th album, and it’s not another best-of style album.

Apparently, after Covid killed off any touring hopes for 2020, and having a lot of time on his monstrous hands to use to create a new album, Mr Lordi decided that he’d take the concept one step further and go ahead and create the fake back catalogue in totality. So, that’s what we have here – seven period-authentic albums recorded on authentic equipment for that particular era. I mean, who in the hell even writes seven albums at once? And what kind of idiot even attempts to review something like that?

Well, let’s first say that there’s 79 tracks running just shy of five hours playing time here. That’s a lot to take in, on any level. There’s an obvious danger that tracks will get lost in the sheer volume of music on offer here. That said, if you think about it like an actual back catalogue, it becomes a little easier to take on board. They’ve all got the usual entertaining intro SCG (with negative numbers, just for fun) and the puns and movie references abound so we know that it’s definitely a Lordi album. Equally, in a nod to the “remastered” previous collection, the songs that were on that album last time out do actually sound a little different this time out, too. As always, the devil is in every little detail, and Mr Lordi never misses a beat.

The first album Skeletric Dinosaur is a 60’s era style offering bringing to mind an early classic rock feel. It’s one of the tonally lighter albums and for me hints at the stoner-esque side of things without every really getting heavy and dirty enough for my liking. Think more Rolling Stones than Black Sabbath.

For me, where things really get going in style is the slick 70s disco vibe on the fantastically named Superflytrap. There’s a funky bassline on every track, driving disco beats throughout, soaring female backing wails, and the blend of rock and disco takes pot-shots at Abba (see the video above for ‘Believe Me’) and Boney M to reference their musical influence with obvious glee. ‘Zombimbo’ was probably my favourite track last time out, and this is basically a whole album in that style. Superb, inventive, brilliant, and I absolutely love it.

The Masterbeast From The Moon feels like a prog concept album from the late 70’s or early 80’s. Piano and guitar combine with a longer build up in many cases, and there’s even a bout of Ian Anderson style wind instruments breaking out. Most of the songs are slower. To be honest, it feels like a comedown from the previous album, and when I realised that nothing on this album made it onto the best-of, that kinda made sense to me as it’s not my favourite even if it does improve with repeated listens.

Abusement Park wakes things up a bit more, though. Most of the songs are named for rides, keeping the theming tight and consistent like a concept album. There’s an early 80’s rock feel which blends an early heavy metal feel nodding at Judas Priest with more than a hint of Ozzy Osbourne. There’s an unexpected Wookie solo at one point on ‘Grrr!’ which threw me a little, and it’s not a sound that I can pinpoint exactly, but there’s plenty of cowbell and even a Christmas song of sorts so it’s easy to roll with the power ballads and the silliness and just enjoy the ride.

Humanimals keeps us in the 80’s, but at the later end of the decade when the production got better, and synths were de rigueur. Def Leppard style harmonisation and thick drumbeats abound, with the kind of synth stabs that Van Halen loved brought into play. It’s generally pretty slick stuff; think big, thick, chorus type sounds, harmonised vocals, double-tapped guitar solos, pinched harmonics and that sort of thing. There’s even saxophone and spoken-word elements to really hammer it home. Again, this has no right to work as well as it does, but it’s a lot of fun.

Abracadaver is a switch in style to a metal/thrash kind of thing that just screams Metallica, Slayer and Pantera. It’s heavier, guitar solos are faster, and there’s a much harder and intense feel to everything. I’d be guessing at transistor-based distortion to get that clean, crunchy, spiky aggression to come through in the guitar tone, and you can’t help but headbang along. Megadeth style atonal solos and wailing abuse of the whammy bar aside, there’s a ton of great songwriting along the way and plenty of loving nods to the era to keep any fan of the genre entertained.

Spooky Sextravaganza Spectacular rounds off the set, and ventures into industrial metal territory: think KMFDM and Front Line Assembly, although there are musical nods to the likes of NIN, Ministry, Rammstein and their ilk scattered throughout. It manages to stay in the more musical end of industrial while giving a sort of tour of the roots of the genre, but if you’re at all familiar with it then you’ll be able to spot the musical nods all over the place. If I had to pick a favourite album, I’d be utterly torn between this one and Superflytrap because they’re just so distinctive and work so well as a unit. I’ve definitely found myself putting those two on more than the rest, although Abracadaver hasn’t been too far behind.

I’d be amazed if there wasn’t at least something in here that any fan of rock as a whole rather than subgenre-only fans would find enjoyable. Well, maybe not southern rock fans or blues-rock fans, but I’d absolutely love to hear Lordi give those a go next time around on this showing. There were still four tracks on Killection that didn’t even form part of these seven albums which would suggest that either they’re intended as b-sides from singles or that there’s even more to come. I’m definitely hoping for the latter.

What Lordi have achieved here is a monumental love-letter to rock through the ages. It’s a crazy idea taken to extreme lengths, and it’s ridiculous that Mr Lordi has managed to put this together at all – let alone to pull it off with such style.

CD 3: The Masterbeast From The Moon 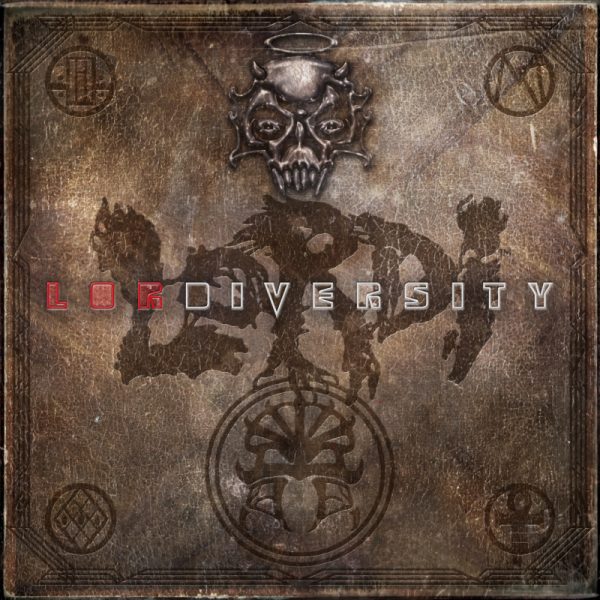