If anyone ever told me that I’d be championing a band that won Eurovision when I was growing up, I’d have laughed in their faces. Once again, though, Lordi keep on proving people wrong, and with what is now their 10th studio album they’ve decided to go left-field once again.

Imagine, if you will, that Lordi wasn’t a gathering of monsters put together by Mr Lordi back in 1992, but had instead been around since the early seventies instead. And imagine, then, that after 50 years of involvement in the rock music scene they’d decided to put together a best of ‘Killection’ to celebrate the glorious history of the band and their best singles over the course of their lengthy career.

I mean – c’mon. That’s an absolutely fantastic concept for an album. In typical Mr Lordi fashion, though, what could easily be a throwaway joke idea has become something intriguing, involving and special. You see, each one of the songs on here is pitch-perfect, brilliantly written and (as though to hammer the point home even further) recorded using authentic period equipment. Then, they’ve been ‘re-mastered’ (as they tend to be now for a commercial best-of release – but in this case, it serves to give it all a layer of gloss and bring it together nicely). Oh, and just in case you thought they hadn’t completely nailed it, they even recorded a ‘new’ song from ‘this’ decade – because that’s exactly what labels seem to like to to do with best-of compilations these days. As always, Mr Lordi’s attention to the small details is simply exquisite.

And as for the songs… yep, still brilliantly written and this time they’re pitch-perfect for the intended era and executed absolutely immaculately. 80s Lordi liked saxophone breaks and synths when they weren’t hammering out thrash metal, 70s Lordi went to town on hammon organs and glam rock, and we’ve even got a funky disco song thrown in for good measure in ‘Zombimbo’ in what might just be my favourite song of the album. That said, the 90s industrial and hard rock leanings of ‘Horror For Hire’ and ‘Shake The Baby’ are fantastic fun, too, and arguably closer to the usual sound that Lordi serve up.

I think the thing I like the most about this, though, is that it’s clear how much fun the band are having, and because every song can just kinda do what it wants to do without reference to the rest of the album. Mr Lordi’s on record as saying that he often has to discard tracks he loves because they don’t fit with the theme of an album – but in this case, he can write whatever he likes and stick it on the album so long as it’s a hit single. Or would have been. Whatever.

So, in summary: genius concept, brilliant songs, and superbly well executed on every level. I can’t wait for Killection: Second Cut. 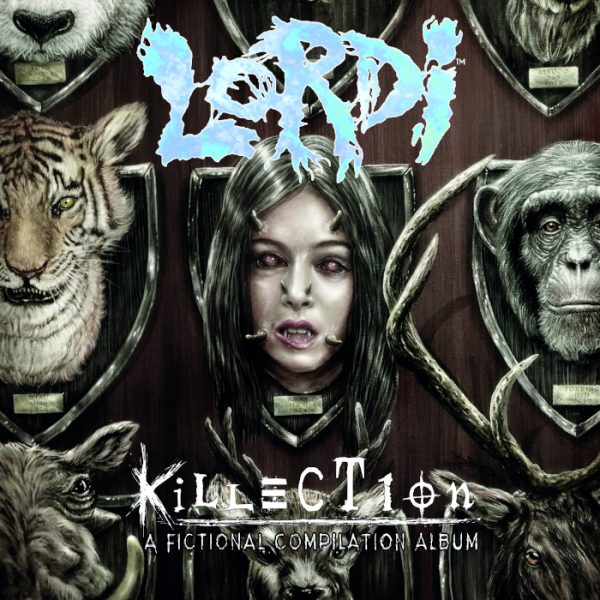