Everyone will probably be familiar with Scottish vocalist Doogie White from his work with Ritchie Blackmore (Rainbow), Michael Schenker (Schenker Fest) or Yngwie Malmsteen (Rising Force) but he has also fronted Praying Mantis and Tank amongst others and is currently vocalist for La Paz and Alcatrazz. For his latest project Long Shadows Dawn, which was formed under the guidance of Frontier Records president Serafino Perugino, he has teamed up with yet another guitarist, Emil Norberg from Swedish power metal band Persuader. Norberg also takes the production chair and the pair aided by one would presume a number of Frontier rostered musicians (information on the other musical contributors is currently sparse to non-existent) this would seem like an interesting prospect for the hard rocking journeyman.

So onto Isle Of Wrath itself… opener ‘Deal With The Preacher’ does have some of the metal crunch that you would expect from this pairing and even allows White to enter the fray with a mighty scream over the rapid drum beat but soon a more standard hard rock formula falls into place as ‘Raging Silence’ and ‘On Wings Of Angels’ continue proceedings with tales of stormy nights, kings and the circle of life. ‘Star Rider’ and ‘Hell Has No Fury’ stick to this path which is often navigated during White’s back catalogue, a very much Blackmore style guitar interlaced with Dio light vocals and an ever present pounding rhythm section. Even on first single ‘Master Of Illusion’ where it is blatantly apparent that Norberg has, despite his own powerful armoury, switched to become a total Blackmore clone for this project and has unfortunately turned his back on the power metal attack he displays with his regular outfit.

‘Hallelujah Brother’ brings a little respite but only by bringing the Purple organ sound to the party. Having said that it does work and bounces along quite nicely and is a definite high point. ‘Steeltown’ continues the Deep Purple section of the album and despite its cliched “the devil you know” line bounds along at a pace before the wheels fall of a little on the Spanish guitar led ‘Never Wrote A Love Song’. With an intro reminiscent of ‘Don’t Talk To Strangers’ this is a ballad which promises so much but on which White’s voice doesn’t really shine. White just can’t compete with the likes of Coverdale on this type of tune although I must admit that it does settle with repeated listens and Norberg’s string work shines in both acoustic and electric modes. Better is to follow on the closing duo of ‘Where Will You Run To?’ and ‘We Don’t Shoot Our Wounded’ which, although still showing the Purple/Rainbow influences, are much stronger and close the album out with a greater depth of performance and some excellent vocal harmonies displayed on the latter.

Maybe I was expecting to much when I approached this album but what I thought was going to be a new heavier sound from the North Lanarkshire frontman turns out to be another competent album of 70’s/80’s hard rock which for those familiar with his career will give up few surprises. Norberg’s contribution to the album is very evident but bears few of the big guitar riffs so evident within his full time band. What we do find out though is that he is in fact a huge fan of Ritchie Blackmore and this release is the perfect vehicle for him to take a few steps in his heroes shoes. Doogie White’s voice is as ever almost faultless and along with Norberg’s guitar wizardry they do produce a highly confident release which is more likely to lead Persuader fans to Doogie White’s history than vice versa.

Don’t get me wrong this is a perfectly pleasant slice of 80’s era hard rock, I was just expecting more. In the current day and age they could have pushed the metal a bit further and brought a more contemporary sound to the table with a some extra relevance and feeling on the lyrical front. Doogie White is currently basking in his role as the new frontman of Alcatrazz so who knows what lies ahead in the future of Long Shadows Dawn but hopefully if they have a second crack of the whip they will crank it up a little.

1.Deal With The Preacher

3.On Wings Of Angels

11.We Don’t Shoot Our Wounded 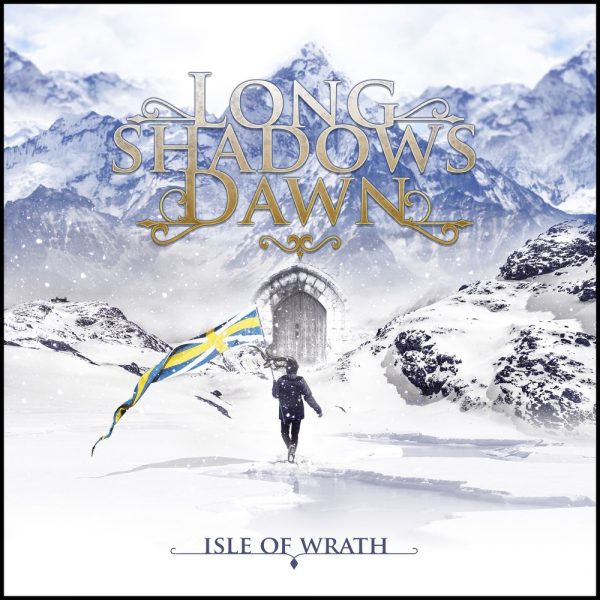