Some twelve months since an aborted co-headline tour with Glenn Hughes, New York’s funk metal pioneers Living Colour finally played in the Midlands in support of recently released album Shade. And whilst the quartet of vocalist Corey Glover, guitarist Vernon Reid, bassist Doug Wimbish and drummer Will Calhoun may be looking more grizzled than during their MTV heyday the fire in their bellies still burns strong.

A band that made their reputation for delivering an energetic, fluid and organic blend of funk, hip-hop, blues, rock and metal they perform with all of the confidence and swagger that you would expect. Reid starts the show by picking a few gentle lines of blues that leads into a fiery rendition of Robert Johnson’s ‘Preachin’ Blues’, Glover screeching out the lyrics and proving his voice remains in excellent shape – even if his dress sense is slightly dubious. And with the set list encompassing a mix of the hits, deep cuts and new material there was enough variety to ensure everyone in the crowd went home happy.

Bass solos don’t very often make for memorable moments at rock gigs (Derek Smalls anyone?) but with a player as talented as Doug Wimbish on stage the five minute masterclass seems more than justified. An integral part of Living Colour’s sound, Wimbish treats his bass like a lead instrument as opposed to the norm. The pumped up cover of The Notorious B.I.G.’s ‘Who Shot Ya’ seems to have added resonance in the current climate and ‘Wall’, with its refrain of “The walls between us all must fall” is introduced by Glover as a pointed message to POTUS.

With plenty of on-stage banter and joking around the camaraderie in the band is more than evident, especially during the call and response of ‘Elvis is Dead’ which segues into a frenetic ‘Hound Dog’ complete with much hip shaking from the vocalist. Calhoun is also given a solo which is almost as mesmerising as Wimbish’s before the quartet blast through an emphatic ‘Cult of Personality’ which remains a genuine funk metal tour-de-force some thirty years on. A terrific way to round off what was a powerful, exhilarating and compelling performance. 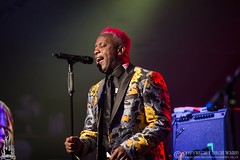 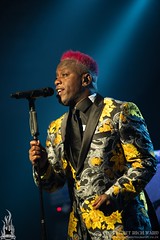 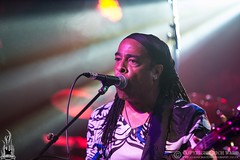 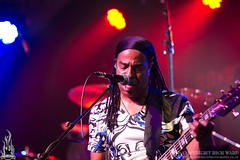 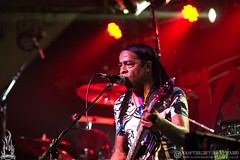 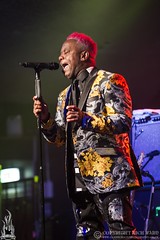 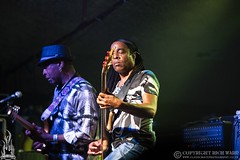 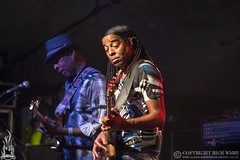 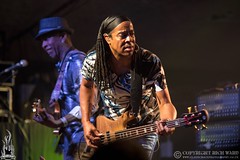 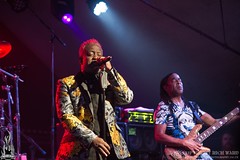 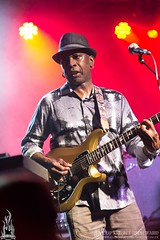 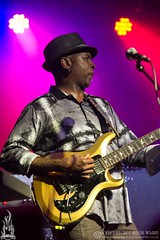 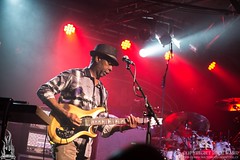 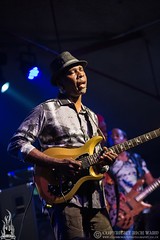 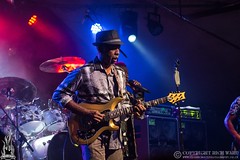 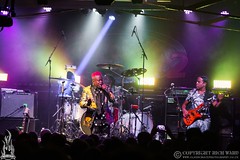 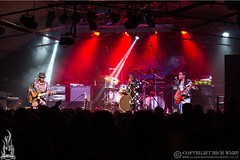 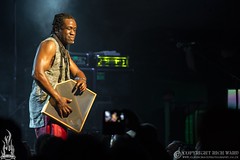 Living Colour
Check out all the upcoming shows at...
Our latest gig photos on Flickr