Yes, I know, the video above is for Italian Doom band, Messa, while the review is for Little Albert. Little Albert is the name of the new blues/doom project by Messa guitarist Alberto Piccolo and, since no video footage of Little Albert seems to exist, you’ll have to do with a spot of Messa to give you an idea of what Mr. Piccolo sounds like.

Blues and doom, you say…how does that work? Indeed, does it work at all? As Mr. Piccolo proves, the answer is a resounding yes. Goatsnake did a similar thing in  2015 with ‘Black Age Blues’. That was a doom/stoner album with bluesy overtones and glimpses of harmonica. ‘Swamp King’ however, is a different creature entirely. It has a sound all it’s own – it’s much bluesier, for starters, and laid back in the extreme. The wearing of shades while listening to this is almost compulsory. The influence of doom makes its presence felt in the primarily in the lethargic pace, and the occasional appearance of fuzz.

So proceedings kick off with the title track. It’s a veeeery slow, languorous blues. Exceedingly mellow, almost smooth jazz mellow. But there’s an edge to the lyrics and a touch of Cream as it launches lazily into a solo. The coolly narcoleptic vibe continues with a cover of Robin Trower’s ‘Bridge Of Sighs’. Anyone who knows that song will have an idea of the pace of the songs on offer here. Piccolo nails the wah-wah drenched sound perfectly while slightly dulled, echoey vocals add to the vibe…man. It all recalls Jimi at his stoned best (as, indeed, does Trower).

Notes are held, not hurried. There is an expanse of space for the instruments to live and breathe, what’s not being played is of equal importance to what is. God (or the Devil) lives in the spaces between the notes. The spectre of Doom occasionally (but not quite) rears its scruffy head. More Hendrix/Cream vibes appear with ‘Blues Asteroid’. As does psychedelia – but c’mon, it has asteroid in its title, it was bound to. Thumping drums and doomier chords appear and the blend of styles is seamless.

‘Mary Claire’ sees the band head off into a brief gear change…very brief. The monolithic slowness again soaks everything. Jazz colours materialise in the solo. There are slow, subtle, heavy guitar heroics and all you can do is nod (slowly) in appreciation.

This is the sort of album that used to be listened to by chemically enhanced students in the 70’s – sitting around a record player in their kaftans, scouring the album sleeves by the light of their lava lamps, looking for the answers, man. Don’t expect to feel too hyper after listening to this, just slowly peel yourself off of whatever you were sitting on, appreciate the moment, and just be. 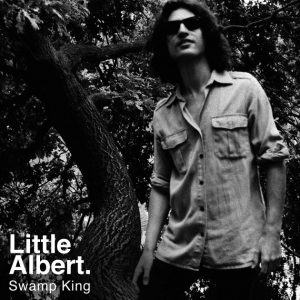