There’s a vibe surrounding San Francisco’s Bay Area that keeps producing heavy bands of different stripes. From the punk of Dead Kennedy’s to the thrash of Vio-lence to current deathcore bruisers Spite, there’s a plethora of bands turning their reality into art, and perhaps the most brutal of the bunch are hardcore crew Lionheart. Since releasing their debut album in 2007, they’ve left a trail of scorched earth that leads to their latest full-length, Welcome To The West Coast III. It’s an eleven-track brawl that’ll leave you bloodied and bruised, but in the best way, of course.

Lionheart are a quintet who don’t deal in subtleties, and ‘The Trilogy Intro’ is a juggernaut punch to the solar plexus that knocks you right off your feet. As calling cards go is damn near perfect with vocalist Rob Watson setting the score straight with his wonderfully gnarly snarl. However, that’s merely a prelude and things really start rolling with the explosive opener proper, ‘Death Comes In 3’s’. With guitars ringing like warning sirens, it’s a call-to-arms that tells you to go hard or go home. Lionheart’s ferocious brand of beatdown hardcore has often been compared to that of Hatebreed, and it’s easy to hear why; both deliver a meat-and-potatoes, no nonsense brand of music that blows their peers out of the water. Therefore, when Hatebreed’s vocalist Jamey Jasta joins forces with Rob on ‘Death Comes In 3’s’ the result is as brutal as promised. Chuggy riffs are anchored by a pounding rhythm section while the two-pronged vocalisation goes straight for the jugular, and it sets a dangerous precedent for the rest of the record.

If any band were a product of their environment, then it’s surely Lionheart. They wear their locale proudly on their sleeves, and the eleven tracks hear truly reflect the mean streets of San Francisco, and no more so than the blistering ‘Live By The Gun’. Featuring another guest spot, (this time from Bodycount’s Ice T) it smokes like a fresh bullet wound and offers little in the way of respite. Too many guest appearances can detract from an album (Welcome features five, including Jamey who appears twice) but those who pop up here are allowed to bring something from their own bands (such as Ice T’s raps) and the result is a record that blooms, as opposed to confining itself within genre constraints. Take closer ‘Exit Wounds’ for example, featuring Alex (from the UK’s very own Malevolence) who adds more than a touch of British aggro, and when attached to Lionheart’s punchy sound, makes for a lethal combination. As if a bullet has passed through your cranium, the silence that follows ‘Exit Wounds’ is final, and after they sonic assault they’ve dished out, it’s positively deafening.

At a mere 29 minutes, Welcome To The West Coast III is a fairly brief listen, but it’s no less powerful for it. In fact, its brevity is also its strength; there’s not a second wasted here and everything is honed into a fine laser beam and delivered with the ferocity of a vicious street fight. If you like the power of early Cro-Mags melded to the riffage of Exodus, the Lionheart are the band for you. 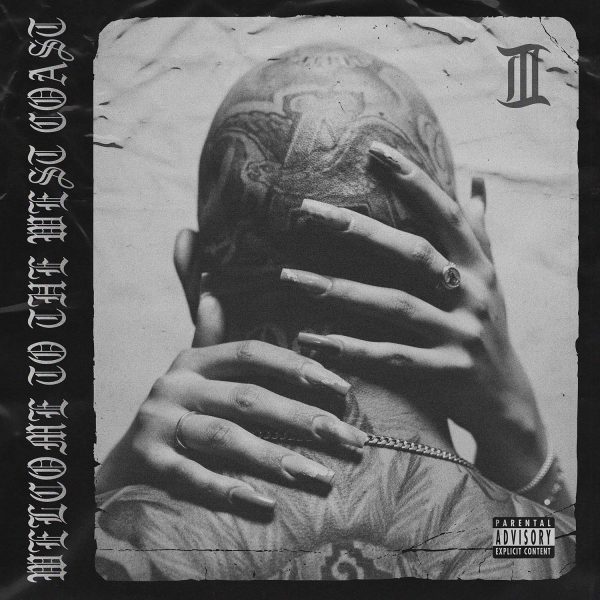