It can only be surmised as to how many albums have been quite as impactful this year as Caligula, but it’s probably reasonable to suggest not that many will leave quite the same indelible mark as this inspired release from Lingua Ignota.

The band name is the work of the classically trained Kristin Hayter whose remarkable vocal prowess, coupled with disturbingly vivid layers of dark creativity make her a fairly unique performer.

The California-based multi-instrumentalist made her breakthrough with the intriguing second album All Bths Die in 2017 in which classical and industrial elements clash, frequently abrasively.

On a track such as ‘Spite Alone Holds me Aloft’ she lurches from the sombre shimmering soundscape in which less is more. If you’re familiar with the work of Lingua Ignota you will know that its work is very much a double-edged sword. The binary split is reflected here when the song takes on an almost possessed quality, Hayter’s vocals suddenly consumed by feral hate and bearing more than a passing resemblance to something out of The Exorcist.

‘Faithful Servant Friend Of Christ’ is a stunning opener full of grand choral flourishes with an almost primal feel as though emanating from the dark ages like some kind of preserved poem or psalm.

It in no way prepares you for what is to come on ‘Do You Doubt Me Traitor’ on which Hayter takes on an altogether more frightening composition, the mellow but haunting opening section eventually being lost under increasingly urgent cries of ‘Satan, Satan, Satan’.

Hayter, sounding as though her very heart is being shredded, barks and screeches ‘I don’t sleep, I don’t eat, I let it consume me’ before going into a complete apocalyptic meltdown which is an almost painful listen both figuratively and aurally speaking. It’s the longest track on the album and feels as though there are several songs gathered together under the umbrella of this at times torturous 10-minute track. 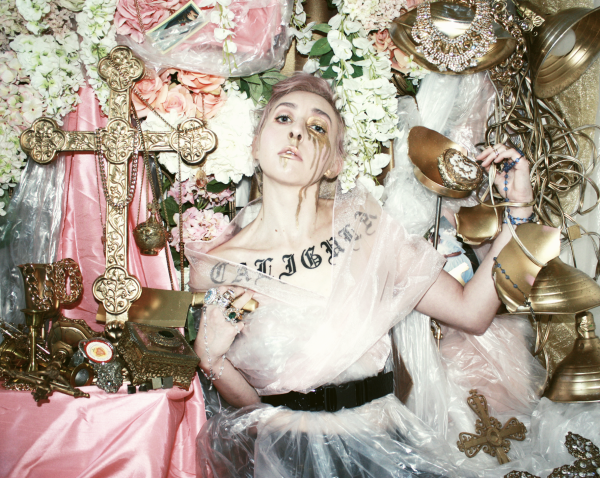 Anyone seeking solace from Hayter’s sonic storm on ‘Butcher of the World’ is looking in the wrong place, the track igniting very early on with more ear-piercing screams with n almost choral backdrop that resembles a funeral march before things descend completely into a noisy nightmare which almost threatens you to listen to the end.

While these devilish tracks carry the sentiment and shape more familiar within black metal corridors, Lingua Ignota reminds us that not all darkness needs to come gift-wrapped in black with an upturned cross planted on top.

‘Do You Doubt Me Traitor’ has the combination of trembling emotion bordered by the potential for serious violence, laced with religious symbolism, that Nick Cave has made his own for more than a quarter of a century. The minimalist monochrome intro over which a heartbroken Hayter questions repeatedly ‘How can You Doubt Me?’ descends into animalistic screeches and cries through which Hayter hollers to the world: ‘I don’t sleep, I don’t eat, I let it consume me’. It transforms what seems initially to be a gentle lullaby into something altogether more brutal with the levels of pain surfacing to devastating effect.

Even on the softer ‘May Failure Be Your Noose,’ listen to the lyrics and it’s clear this is no soft-centre, the themes visceral and scarily honest. The smoulderingly emotive ‘Fragrant Is My Many Flower’d Crown’ is another outstanding piece, utterly raw in its delivery.

On ‘Day Of Tears And Mourning’ Hayter somehow manages to unify some cleanly sung choral expanses with bludgeoning demonic brewing. It’s hard to take it all in as white and black intertwine amidst a furious raging sonic storm. And the picture is scarcely any brighter on the equally intense ‘Day Of Tears And Mourning,’ which is more of a plodder rhythmically, sounding as though it’s been recorded in the shed, clattering cymbals almost painful on the ears.

If there is a theme running through these tracks it is probably of a break-up and an acrimonious one at that, ‘Sorrow Sorrow Sorrow’ another bleeding heart reflection, delivered as though stripped bare, acoustically, almost like an old Irish lament. Penultimate track ‘Fucking Deathdealer’ is a brief but ethereal episode that leads briskly into another monstrous song in ‘I Am The Beast,’ and I for one won’t be arguing the point as the spartan set-up that leads us through the first half of the song is eventually crushed mercilessly by a destructive injection of carnage that reeks havoc, Hayter at her most fiery again.

There are some remarkable female solo performers around at the moment, and Hayter is probably closest in both sound and spirit to Chelsea Wolfe. She has also spoken openly about some of her own troubles and those experiences have undoubtedly shaped her musical path, and a very bumpy one it is too.

It speaks volumes for the impact Haytor has made in recent years – and with Caligula in particular – that she’s been asked to be one of the two curators at Roadburn next year, whilst also performing a number of sets across the four days. 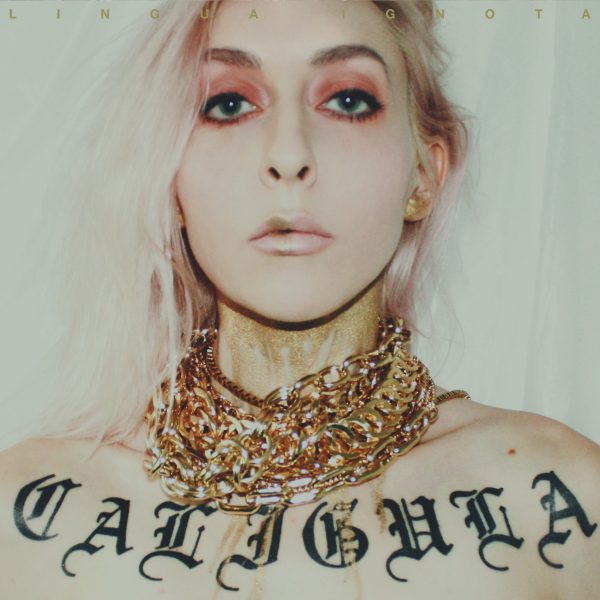