New York’s Life of Agony have always been a band way ahead of the curve and three decades since their inception they’re still tantalisingly in front of their peers. However for latest release, the concept album The Sound of Scars, the band are looking back insofar as the story it tells develops that which began on their classic debut record River Runs Red.

Be warned. The Sound of Scars is not for the faint hearted and opens how River Runs Red ended with the sound of blood dripping into a bathtub. This prelude not only connects with their debut but ensures the new record is equally dark and claustrophobic. It also means that, as it segues into ‘Scars’, this weighty track hits even harder. Brutally heavy without forsaking melody it’s a groove laden beast that swings like a wrecking ball. ‘Scars’ is the sound of a band firing on all cylinders with a song that’s constantly shifting gears and repositioning the listener. Such subject matter shouldn’t be this catchy but Life of Agony are opening old wounds for inspection and shining light into the dark.

Life of Agony have always been a difficult band to pigeonhole and many have labelled them hardcore or crossover (because of the New York connection) but things aren’t that black and white. Rather than straddling genres they’ve blended styles, like mixing watercolours, new shades are created that contrast and highlight each other. This is most evident on the next cut, ‘Black Heart’ which sandwiches an almost ambient mid-section between two ferocious slabs of metal and it’s a theme continued on the bold and defiant ‘Lay Down’. The production here is a real boon with the music given room to breathe despite the dials being firmly in the red.

Unashamedly a concept album, The Sound of Scars pretty much tells its own tale with signposts that recall past events or foreshadow coming trauma. However, cinematic interludes are inserted which, just as dark as the music, help to move the story forward. And while you can easily dip in and out of this record it’s probably best to consume in one sitting and fully immerse yourself in the experience. ‘Empty Hole’ is catchy as hell with a heavy riff and vocals that contrasts falsetto with something harsher. The following ‘My Way Out’ is a punchy affair that swings with an almost jazz sensibility as the drums are beat with metronomic precision before the satisfying bass rumble of ‘Eliminate’ leads into the downbeat ‘Now’.

With shouted vocals married to an industrial beat, ‘Once Below’ is the hardest cut on the album. It evidences a slower pace, it’s a trickle that becomes a tsunami that threatens to engulf the listener. While many bands talk about ‘building’ songs and adding layers it seems Life of Agony go in the opposite direction. The majority of arrangements are lean with all excess fat stripped leaving just the groove and melody and the songs hit all the harder for it. As their titles suggest ‘Stone’ and ‘Weight of the World’ are monolithic chunks of metal with everything amped to the max with the band building brutalist, sonic structures. The album closes with ‘I Surrender’, a track that swirls and ululates and builds towards a suitably cataclysmic finale. It is, however, in terms of the overall story a very indistinct ending. Like all good art the conclusion is not spelt out but rather space is left into which the listener can infer their own meaning.

Producing a good ‘concept’ record can be a tricky business. Sometimes artists can become so concerned with the story that it’s often to the detriment of the music. Thankfully that’s not the case with The Sound of Scars which works both as a collection of songs and as a cohesive whole. It is an album that’ll benefit from repeated listening as the story will reveal different facets. But with an album this good, that’s no hardship. 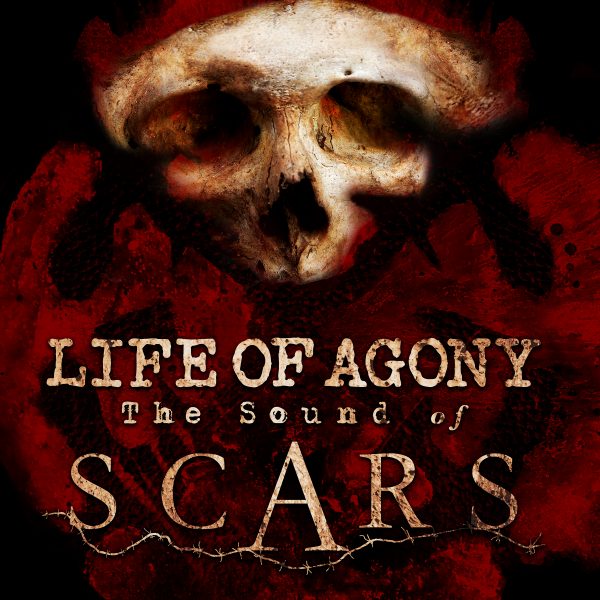