Apparently, this is an album that “talks about perversion” by a band that claims musical influences from Black Sabbath to The Beatles who mixes “heavy riffs with pop melodies, all wrapped up in a psychedelic and dark atmosphere, inspired by cult movies and occultism”. Well, that band name doesn’t exactly scream danger or mysticism or the sexually depraved magickal rites of Aleister Crowley does it? And neither does that “retro” artwork of some girl moping in a bedsit. Okay, I suspect I know what I’m in for but I’ll take the bait and press play anyway…

And how I wish I hadn’t. Bland. That’s the only word that can aptly describe the drivel that tumbles, no, flops out of the speakers. The band can play, they listen and seem to respond to each other, and they can pretty much throw a song together, but the music is drably predictable, a laborious listen that is a far cry from the devilishly melodic delights that the promo spiel brazenly boasts. The song structures, the arrangements, the dynamics, and the melodies are all so safe and banal it’s annoying. And with lyrics as laughable as the track titles are cheesy, Lewis’s vocals are more ‘Monster Mash’ than they are mystical or magical – and all without any sense of irony.

What we have here is an album that’s failing miserably to live up to the aspirations of its creators and amounts to little more than teenage titillation at Hammer Horror nudity. A bit of reverb and a touch of delay on the lead breaks doesn’t count as “psychedelic” and there’s not even the lightest of shades to indicate “dark atmosphere”. Velvet Skin sounds like the only perversions Lewis has experienced are those on a big screen TV quickly switched off when mother enters the room without knocking first. Dull, lacklustre, mediocrity embodied. How the hell did these get signed to the same label as Gorgoroth, Demon Eye, and Mist? 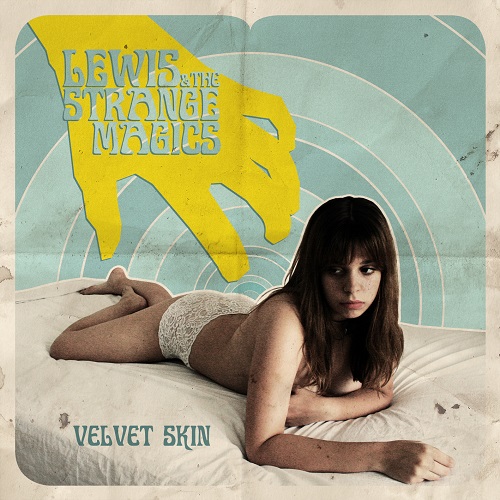