The Levellers have released the brand new single ‘Calling Out’, taken from their forthcoming new studio album Peace, which will be released on the 14th August via On The Fiddle Recordings. Pre-order the album here.

‘Calling Out’ is a song that recalls troubled times and incidents, reflecting on the change of perception which can result from trauma, and the ways that familiar senses can alter in new situations and call out with new meaning.

The video sees singer/guitarist Simon Friend trapped in a lo-fi sitcom documenting his struggles as he lives through a nightmare day trying to find solace in freedom but is in fact tied down with the battles of day to day living.

Regarding the single bassist Jeremy Cunningham says, “‘Calling Out’ had a long gestation period and went through a few different versions before we were finally happy with it. It slowly changed from a more acoustic folk song into the final guitar monster on the album.

“The song tackles small scale frustration and anger, mundane issues and feeling trapped in ones own life. Then it switches to the bigger picture, finally drawing attention to our undervalued public services. It’s classic Levellers observational song writing.” 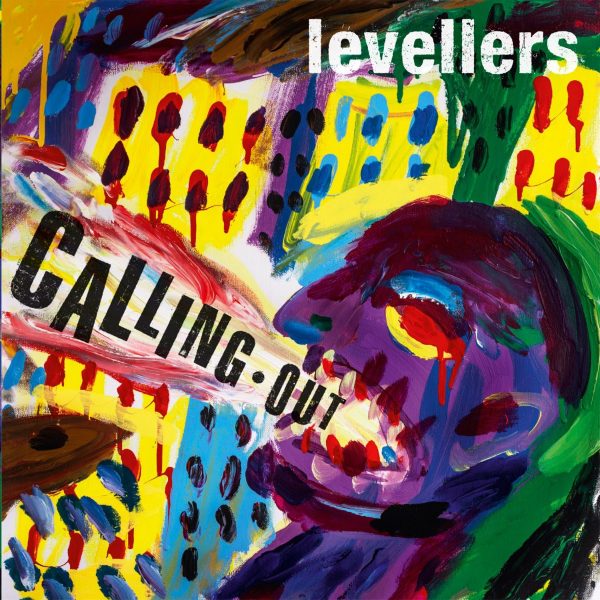 The new single follows the album’s lead single, ‘Food Roof Family’, which confronts the misleading and deceptive tactics used by the media and last week’s limited video stream of ‘Four Boys Lost’, which tells the story of a tragic accident which happened off the coast of a remote Scottish island in which only one man survived.

A very timely yet reflective collection, Peace is an album about the state of the world and of the band’s mind and its 11 electrifying songs are a charged reaction to a world that seems to be teetering on the edge of madness and self-destruction.

“It’s an aspirational title,” says Levellers singer/guitarist Mark Chadwick. “We’re searching for peace. I’m not a religious man, but it feels like the devil is walking the earth right now, but that doesn’t mean there’s no hope.”

Peace arrives almost eight years since the Brighton band’s last album of original material, 2012’s Static On The Airwaves, though the band – completed by Jon Sevink (fiddle), Charlie Heather (drums) and Matt Savage (keyboards) – have been far from idle.

Over the years, the band have worn many masks; most self-made, some imposed upon them. But while their status has evolved over the decades, the basic humanity underpinning their music has remained constant.

The sense of positivity that the band possess is brought to life by the album’s striking artwork of a vivid phoenix painted, like all of the band’s covers, by Jeremy Cunningham.

Now in 2020 and 30 years since they announced themselves with ‘A Weapon Called The Word’, the Levellers have created their own self-sufficient world. The fire that fueled them 30 years ago has never extinguished and now with Peace, that fire burns brighter than ever.