Levara. A new band with a storied and interesting pedigree. Lead guitarist Trev Lukather is, no prizes for guessing, the son of Steve ‘Toto’ Lukather while drummer Josh Devine was the live drummer for…One Direction. No, hang on, keep reading, you might just like these guys.

Yes, they’re young, yes, they play youthful, commercial, contemporary melodic rock which is a long way away from many of us older readers faves and influences and yes, this all veers dangerously close to pop at times but it has plusses too. Lukather can play and while this may not really be a surprise it’s a Godsend for the band. Ok, so he may not have quite grown out of his widdly, showing off phase yet, but his pyrotechnics add just enough grit to ensure Levara never become simply a loud boy band.

So, to the album. 10 tracks of produced-within-an-inch-of-it’s-life soft rock, with a definite 80’s vibe. Lukather Sr. and his bandmates are a definite influence, as are a myriad other 80’s big-haired folk. But it’s also gone through a 2020’s blender, it still manages to sound totally now. Track one kicks in with a slick, polished urgent riff. The poppy edge is unavoidable yet it’s instantly catchy and likeable. And on it goes, ‘Automatic’ has a sleek varnish of shimmering ambience, it’s a carefully crafted wall of sound and will almost certainly appear on a soundtrack somewhere (more about soundtracks later).

These are four-minute chunks of epicness – songs are writ large, there is much wrought emoting and the solos are, to a man (or a solo) soaring and tricksy. There are big emotional crescendos, and usually a chantalong moment. ‘Allow’ has an 80’s drum intro that should have been produced by Daniel Lanois – it’s prime Collins/Gabriel/U2. There are many Sheeran-esque love gone wrong lyrics – “In my heart I know it’s through, in my heart I just can’t get over you”. See.

‘Ordinary’ is so 80’s it’ll have you donning day-glo lycra and considering whether or not the mullet could come back in to fashion, while ‘Just A Man’ starts edging into Coldplay territory, with a hint of those interchangeable 80’s rock (in inverted commas) vocalists…y’know, John Parr for example – backed by the cream of the 80’s session muso crop, always trying to overplay their part. Kenny Loggins, him too. Especially him. The main criticism is that it’s all a bit samey, there is no variation in tempo, every song is taken at the same mid-pace, three-quarters of the way through you’re longing for a ‘fast one’ or a bluesy diversion.

It’s a bit of a mash up of an album, melodic rock meets retro synth rock. Bombastically performed and produced, every millisecond crammed with sound. It’s an 80’s album made by people who weren’t actually around in the 80’s, who have been drip fed the modern, multi-coloured, neon-soaked take on the  visuals and sounds of the time. The 80’s weren’t really like that until right at the end. The 80’s were a bit grey, they were The Young Ones rather than Miami Vice, drinking Thunderbird in the local park while avoiding the local paedo and trying not to get your head kicked in by skinheads (or was that just me?).

If I didn’t know better, I’d think it was a concept album – a millenial take on an 80’s blockbuster soundtrack. You know, those soundtracks that were chock full of artists you’d never really heard anywhere else who never seemed to release albums or tour on their own – step forward again Kenny Loggins. Honourable mentions, too, to Robert Tepper, Dan Hartman, Joe Esposito, The Bus Boys etc. 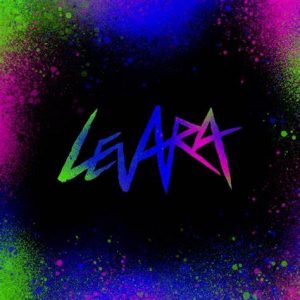