Leo Leoni is a Swiss rock musician, founder, guitarist and songwriter of the legendary Swiss band Gotthard. We talked to him about the upcoming third album he is recording with CoreLeoni, his much-loved Gotthard offspring.

LL: Good morning! How are you doing?

AP: I am good, thank you! I am glad to see you! It is a privilege talking to you!

AP: I am guessing the reason you are doing interviews is the new CoreLeoni album which is due out in May?

LL: Yes, you are right, this is what we are doing. We are doing some promotions and interviews.

AP: Is it now going to be your own music, or is it still going to be Gotthard’s? How do you actually pronounce it: [gothard] or [got-hard]?

AP: There was a discussion here on radio about it; the presenter was wondering how the band name is pronounced.

AP: OK, but you are still with Gotthard, yes?

AP: And are preparing for a tour (with Gotthard)?

AP: Are you planning to come to the UK?

LL: I think there is a show in the UK somewhere in the beginning of May. Don’t ask me where it is though, as I don’t have the plan with me at the moment!

LL: We are starting the tour in mid-April; we’re going to go around Europe and then we come back to Switzerland.

AP: Then, you’ve got obviously CoreLeoni, and there is also another band, Gotus Music. I am a bit confused as to who sings there, as I saw posts on social media from Dino Jelusick, but also from Ronnie Romero who used to sing with CoreLeoni, too.

LL: No, Ronnie hasn’t sung with us since a year and a half ago, almost two years. We did the first two records with him, then we split, and we now have Eugent Bushpepa in CoreLeoni.

AP: I understand that you found this new Albanian guy through the Eurovision contest. Do you know that Ronnie as well will be singing in the Eurovision?

AP: It’s funny how Eurovision brings the dots together!

AP: So, do you want to tell me about the new album?

LL: They are not original songs, they are new songs, an unreleased record! It’s gonna be a double CD, and there are also four Gotthard songs, remakes of them. It’s a complete record with unreleased songs. It’s rocky, it’s vintage modern, it’s what we wanted to do. We had time during lockdown, so we started with one song which became two songs, which then became three songs, and so on. At the end of the lockdown, we had a complete record, which was good.

AP: Yes, I think lockdown had a good effect on musicians and creative people.

AP: Yes, some people get bored but other people who don’t have the time to do stuff otherwise, now had it.

LL: We actually just did the Rock Generation tour in Switzerland; we finished that this 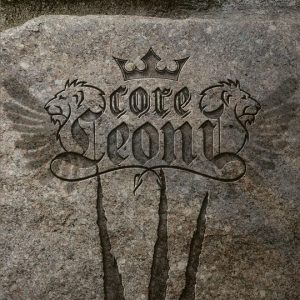 weekend (the weekend of 2-3 April – AP). At the moment we’re going to wait until the summer. There’s going to be some festivals in the summer with CoreLeoni, and between fall and winter we’ll tour again, I think Europa! We have a few shows coming up and meanwhile I tour with Gotthard. I just like making music!

AP: That’s good. I was getting confused, what’s going on with all these three bands at the same time!

AA: Right! I must admit, I did get a bit confused recently, as this other band, Gotus Music, is also an offspring of Gotthard… Anyway, is there anything in specific that you would like to put across as a message to the UK fans?

LL: Well, what do you want me to say? (Smiles). Say hi to England for me! I think it is a good record; it’s got this vintage vibe from the 80s and 90s, in the spirit of the time with good energy. There are great songs on it. That’s what some people say, so I believe it is true.

AP: Oh I am sure it is! From what I have heard from you, and from Gotthard, doesn’t matter if they are the slow or the rockier songs, it feels like they soothe my soul. I drive a lot and it was only a couple of weeks ago I was listening to the Spotify playlist of Gotthard; I find it very driving friendly. This morning I actually woke up with “Heaven” in my head.

AP: Yes, you’ve got great tunes. It’s great that there is music in the spirit of the 80s, as this is when I grew up myself.

AP: Oh yeah. My ex-husband used to say that I am stuck in that era, bands like Deep Purple, Rainbow, Whitesnake, Europe and all that.

LL: This is where we’re coming from, right! If you like that kind of music, I think that’s the kind of record to have – if you are into that kind of music. Especially this CoreLeoni record is pretty much there, with energy and melodies.

AP: When is the album out?

LL: 13th May. If you like rock’n’roll, this is the record to have! It’s the kind of music you don’t hear so often at this moment!