So, a bittersweet album. A fine, hugely enjoyable tribute album, but a tribute album to another talent who left us way too soon. Leslie West, the larger than life frontman of classic American rock band Mountain left behind a lasting, erm, legacy of classic tunes, and it takes a serious roll call of talent to do him justice.

‘Legacy’ was intended to be an actual Leslie West album, a retrospective album where he would be joined by a veritable plethora of rock star type dudes who would duet and trade licks on an albums worth of Mountain classics. But then, on 23 December 2020, a mere two weeks before recording was due to commence, West passed away.

West’s widow, Jenni, took the reins to executive produce the album which had now become a tribute, a way for friends and fans to pay their respects in the best way they know how. Backed by West’s longtime rhythm section, Rev Jones on bass and Bobby Rondinelli on drums, we kick off with Zakk Wylde and ‘Blood Of The Sun’. We’re thrown headlong into a classic West riff. It’s typically full-blooded stuff, full of Wyldes patented, err, widdly things. This rocks, West and Wylde are not artists who hold back and it’s a fitting starting point.

And on it goes, all the songs you want in a West tribute album are on here. Dee Snider relishes ripping in to the vocals on ‘Theme For An Imaginary Western’ while ex-Jethro Tull guitarist Martin Barre reminds you quite how brilliant he is.

Ronnie Romero and The Doors Robby Krieger turn up to add spice to ‘The Doctor’. Krieger, in particular, plays with more fire than he has in some time, gleefully cutting heads and supplying oodles of fuzz and that classic Doors slide sound.

Father and son team Randy and Tal Bachman create a sleazy groove and turn their medley of tracks into a seriously gnarly blues while Slash ends the album with a short, sweet, cowbell filled blast through ‘Mississippi Queen’.

The highlight of the set, for me, has to be ‘Silver Paper’. Blackberry Smoke’s Charlie Starr joins the flawless rhythm section for a glorious, perfectly ragged take of the lesser known track. The guitar is just the right side of raw and Starr’s vocals are perfect. This track really worked. Who knows if they were actually in the studio together but it’s the sound of musicians genuinely connecting. More of this please chaps!

A word of caution. The Japanese release of the album has a bonus track featuring Yngwie Malmsteen. It’s ‘interesting’ – Malmsteen riding roughshod over fan favourite ‘Long Red’, filling it with seemingly endless clinical shredding to the point where the original song all but disappears. Maybe you’re a Yngwie fan but this one left this reviewer cold. But otherwise, this is a brilliant, joyous tribute to a much missed talent. Recommended.

Released on 25 March 2020 by Provogue Records 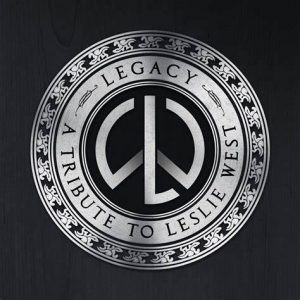