Reviewed by Brian McGowan and released by Metalville Records 27 April 2018.

Lee Aaron‘s 17th album, recorded with a really tight combo of Sean Kelly (guitar), Dave Reiner (bass) and John Cody (drums), sees the the four of them staying inside the grid, but squeezing out all the soul and passion these songs have to offer.

A covers albums is a strange beast. No one, not even the most ardent fan, is ever happy with the choice of songs. So, such albums usually begin life with a handicap. This, therefore, is not a covers album. Not really. Well, ok… 7 covers and 5 originals. And of the 7 covers, only 2 are plucked from the repertoires of above the fold names. Deep Purple’s ‘Mistreated’, and Janet Jackson’s ‘Black Cat’.

By turns, Aaron’s voice smoulders or ignites throughout. She’s been around a while and knows when her voice should catch fire and when it should reduce to a smoky whisper. On that Deep Purple track, her beautifully controlled bluesy wail does all the upfront work, but it’s guitarist Sean Kelly’s phrasing, tone and technique that steal the show on a pretty cool cover … he burns his axework into the song like a cowboy with a branding iron.

And then, ‘Black Cat’. It may well have its roots in black music, but like Janet Jackson did, Aaron flexes her pop metal muscles here, neatly picking up on the ‘Fire & Gasoline’ formula from her previous album.

On original cut, ‘American High’, she aptly sets her sights on Trump’s America, then leans on the trigger. But her lyrical ammunition doesn’t quite carry the power to do any lasting damage, despite her convincing delivery.

The classic blues scale lick of ‘I’m A Woman’ could be the intro to a million songs, (and probably is). Aaron’s unrefined, reined back vocal pays respectful homage to the Koko Taylor version, reinforcing its position as a genuine original, despite the familiarity of that lick.

Aaron’s band – a fluid, always on the money 3 piece ensemble – kick off a cover of Little Walter’s ‘My Babe’ in beautiful, pared back fashion, holding hands with Aaron’s hushed tones on the opening lines. Suddenly, it explodes, and right on cue, Aaron voice sizzles and soars. As magnificently apposite closers go, this track takes some beating.

Elsewhere, Aaron’s worthwhile trawl through the past throws up ‘Hard Road’ and ‘Cut Way Back’, two suitably obscure covers, both providing enough meat for the foursome to weaponise some fearsome riffs and cook up an indestructible groove.

Overall, it’s enjoyable stuff, but maybe just not as compelling as it might have been in a different era. 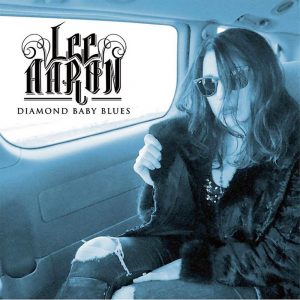