2016, thus far, has been a cruel, cold year. A year of harsh irony and bitter coincidence. And so it continues. The debut CD by Last In Line drops into our inbox just as the world wakes to learn of the death of Jimmy Bain, the bands bassist. The album, instead of being the new beginning it was intended to be, becomes a full stop. A swan song.

Jimmy Bain was best known for playing bass in Rainbow and, most famously, Dio. And, fittingly, Last In Line is made up of that bands original line-up (sans RJD, obviously) with Andrew Freeman (Lynch Mob) on vocals. The original idea was to get together, jam, and remember Ronnie. Remebrance spawned a reconnection to the music, which in turn became gigs and, finally, an offer (via Frontiers Records) to write and record new songs.

So…the music. Does it sound as unforced and natural as it’s conception? The short answer is yes. ‘Devil In Me’ pushes us off the starting line with a chugging, mid-paced, Zeppelin rocker, produced (by Foreigner bassist, Jeff Pilson) with an 80’s sheen – Zep via Kingdom Come! Freemans vocals are impressive – powerful, but with a little more grit than the more operatic stylings of Mr. Dio.

And so the album continues – it’s good, solid, melodic hard rock. The sound of enjoyment, of brotherhood. Effortless professionalism shines through, these guys can do this all day without breaking a sweat, they’re (quite literally in Bain’s case) rock and roll lifers. Campbell in particular sounds like he’s having a ball, overjoyed to be let off the leash, freed of Def Leppards constraints. His riffs, fills and tuneful solos (he doesn’t shred, he sings) are all over this album.

And so it continues. Jimmy and Vinnie laying down a rock steady foundation for Mssrs Freeman and Campbell. Songs tend to fall into one of two camps – foot down rockers or mid-paced mood pieces. There are definite flashbacks to Dio – and why wouldn’t there be? Reminders of that bands pedigree and past glories shine through. There are no weak links, everyone involved is playing their asses off!

Of the rockers, ‘I Am Revolution’ stands out, Bains brilliant bassline introducing a charging riff. it was sure to have been a live favourite. ‘Already Dead’ also tears it up in fine style.

The brooding, moodier songs all scream out for mysterious, shadowy, black and white videos. The title track sums up the album in microcosm, slowing down and speeding up expertly and predictably. ‘The Sickness’ chugging riffage is loose, grooving and inherently melodic, sounding, towards the end, a little like ‘Black Hole Sun’s sensible older brother.

And finally it fades to black…The enjoyment of this album is obviously tempered with sadness. Ok, maybe it switches slightly too predictable between fast-slow-fast songs and perhaps a tune or two could have been excised to leave us with a shorter, more instantly killer disc but this is a fine, fitting memorial and a perfect way to go out. It’s consummately played, rockingly good fun. Details are unclear as to the cause of Bains death but it is especially tragic as Campbell had gone on record to say that Bain was in good shape, his demons conquered. The future of the band, we can only assume, is also in doubt now. So for now, play this and remember fondly. As Freeman sings in ‘I Am Revolution’ – “though we may die, today we live”. 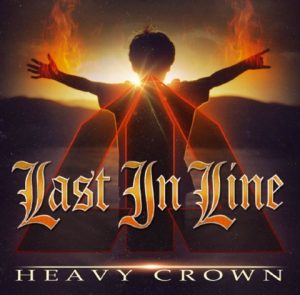