This. This is how you do the blues in 2020. If you’re not initiated, welcome to the world of Larkin Poe, a Nashville-based, multi-instrumentalist sister duo of Rebecca and Megan Lovell. ‘Self Made Man’ is their fifth album (so, if you haven’t heard of them before, you’re in for a treat, their back catalogue is somewhat good). Self-produced in, yep, Nashville. It’s a continuation and progression of what’s gone before.

So, why Larkin Poe? Why any band name? Well, this needs going into because it comes back to the music. Larkin Poe was the great, great, great, great grandfather of the sisters and, get this, a distant relative of Edgar Allen Poe. So, yeah, the whole Southern gothic thing is in their blood, and doesn’t it ever show!

It courses through the veins of this album. It drips with humid Southern air, you can cut through it with a knife. It’s dense, heavy, dark, mysterious. It’s got that whole duality thing going on. It feels like there’s a switchblade tension between church and…distinctly non-church activities. Heaven and Hell, salvation and damnation, it’s tattooed on their knuckles and it feels real, there’s no posturing going on.

The thrilling opening salvo of ‘She’s A Self Made Man’ sets the tone. There’s a hum of an amplifier before a primal thump of drums and greasy, fuzzed slide kick in. It’s polished and now but raw too, with attitude to spare. And it doesn’t really let up from there. There’s plenty more crackle and hum. And riffs – nasty, bare bones riffs. And fuzzed out bass. And let’s not forget those drums, pounding away with Neanderthal smarts. It’s all majorly cool.

Handclaps play a large part in the overall sound too, keeping things organic and tribal. There are definite road gang songs. Tyler Bryant (Rebeccas’ beau) joins in for a song (as he does on their brilliant previous album) while ‘Tears Of Blue To Gold’ really needs to be a single – it’s simply brilliant commercial Americana – you could imagine Bruce singing this..it’s that good.

‘Every Bird That Flies’ takes us into deep Southern gothic territory. It’s moody, sweaty, dangerous, it’s knife edge guitar glints in the moonlight, taking us down alleyways only usually populated by the likes of Nick Cave and PJ Harvey. ‘Scorpion’ takes things back up a gear, it howls as fingers slide sensually across guitar strings. The album drawls to a close with some glorious weaving of acoustic guitar and pedal steel and some serious outlaw country.

Somebody somewhere is going to have to pull something very special out of the bag to knock this off of its’ ‘blues album of the year’ pedestal. It soars like Elmore James, it’s mean like Howlin’ Wolf, it’s as tortured and tormented as Robert Johnson and as badass cool as John Lee Hooker. Tom Waits once said: “don’t you know there ain’t no devil, there’s just God when he’s drunk” – and that’s what we’ve got here. This music is blessed. God is in the details, it’s just that he may have drunk a bottle of Southern Comfort and done some bad, bad things along the way… 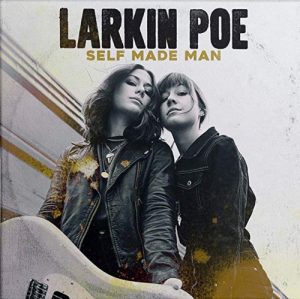