Vivien Lalu is a French multi-instrumentalist and composer I haven’t come across before, although Paint the Sky is his 3rd album. What drew me to this one is the presence of Damian Wilson on vocals, who I’m always prepared to argue is one of our finest and yet most underrated singers, as his work with Threshold, Ayreon, Headspace, and no doubt the forthcoming Arena album will demonstrate. He also, it must not be forgotten, was a serious contender to join Iron Maiden when Bruce took a break in the 1990’s. According to the album credits, he’s also responsible for the lyrics and vocal lines, showing that he’s no mean writer as well. There are also several other well-known players on the album, including Dream Theater’s Jordan Rudess, former Kansas singer Steve Walsh, Jens Johannson (Stratovarius), and legendary drummer Simon Phillips (Toto, the first Michael Schenker album, and innumerable sessions).

Trying to categorise music is often a pointless task, but it can be useful in giving you an idea of what to expect, in this case, with Lalu being the son of two prominent French progressive rock musicians, the influences are obvious, with a healthy measure of modern day melodic progressive metal thrown in. Opener ‘Reset to Preset’ (a suitably prog title) has a clear Yes influence, as does the following track, ‘Won’t Rest Until the Heat of The Earth Burns The Souls Of Our Feet Down to The Bone’, probably one of the proggiest song titles ever, although it’s a bit heavier than the opener. I wouldn’t be surprised if Joop Walters, who plays bass on the album is a fan of Yes’ legendary bassist, the late Chris Squire, as his influence is all over this track.

‘Emotionalised’ moves into Dream Theater and Steven Wilson territory, with a fairly intricate time signature, as does the title track, which follows. This is billed as featuring Steve Walsh, although it turns out that Damian Wilson does most of the vocals on the track. The bonus track on the CD version of the album is an instrumental version of this track, with drums by Simon Phillips, and keyboards by Alessandro del Vecchio, who seems to be on almost every album released on Frontiers I encounter these days. Having such a celebrated player as Phillips explains why the drums are quite high in the mix, but this is a real treat for fans of high-quality musicianship, a serious challenge to air drummers everywhere.

There are some songs on the album where Lalu does get a little more experimental than that classic prog, ‘Standing at the Gates of Hell’ veers from symphonic rock to jazz, ‘Sweet Asylum’ is an instrumental acoustic piece, and while ‘Witness to the World’ is a more straightforward song than the others, although that Chris Squire bass is well to the fore, it’s also proof than the man Wilson is capable of lifting almost anything out of the mundane. Similarly, with ‘The Chosen Ones’, a song with several parts, but distinguished by a fiery keyboard solo by Jordan Rudess.

Overall, if you like classic prog, Paint The Sky is an enjoyable album, there’s some good writing and impressive playing, although you might wish that Lalu stretched himself and was a little more adventurous on occasion, especially if that included a more progressive metal element. It will be interesting to see where he takes his music in the future. 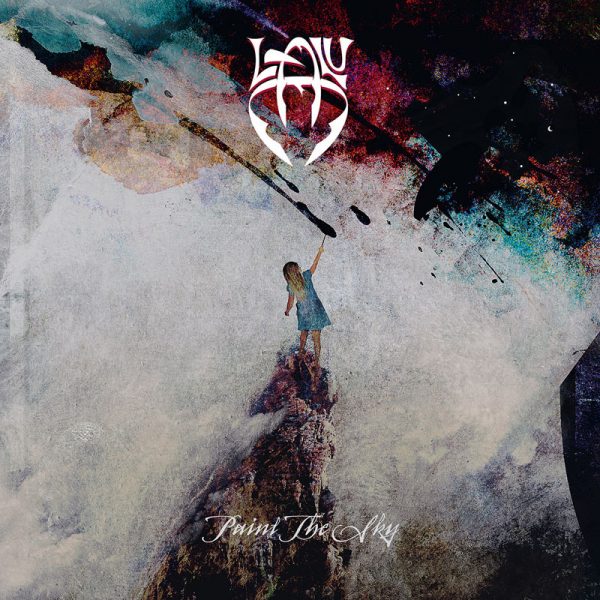